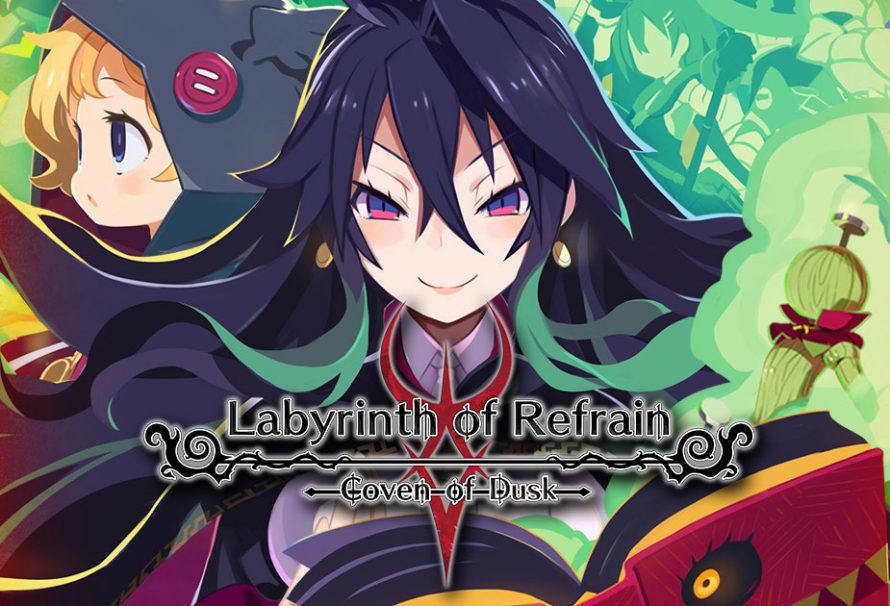 There is a great deal of confounding things in Labyrinth of Refrain: Coven of Dusk. Players need to make sense of a great deal of things through blind luckiness, experimentation or simply considering some fresh possibilities. Among the least demanding and hardest is getting the genuine end. Nothing about the genuine end is covered up, as such, however the subtleties, conditions and prerequisites can be precarious. Fortunately, this guide will help make it significantly less difficult.

To get the genuine end you have to get the six dark pages, which make up trophy/accomplishment Page 51 through Page 56, beat the last chief, transverse an extra prison and destruction one more beast. High note, opening the genuine end is equivalent to platinuming Labyrinth of Refrain: Coven of Dusk, however it’s significantly harder and longer than it sounds.

For this I unequivocally recommend hosting a gathering during the 70s, with various leveled decked out characters (leveled and solid hardware), and an assorted scope of classes. This isn’t horrendously significant for the primary couple of supervisors however it will end up being a greater obstacle as time advances. That being stated, I can affirm it’s conceivable to beat unquestionably the last manager without upsetting Soul Transfer, it will simply depend on karma or potentially strategies.

Maze of Refrain: Coven of Dusk 28

Concerning assemble, except if explicitly referenced else, I propose having a differing scope of characters, finding a development that matches your group and watching out for good agreements. For post-game I discovered Dusk/White Rose to be a decent broad settlement and Mira to be a fabulous help agreement. For the last one you can do whatever, so I just picked a decent back up help one with two or three spaces.

The thought behind this fabricate is to utilize Mira individuals as devoted help characters, so give them things like the Old Great Fairy Scalp, with every other person assaulting. You should burn through the aptitudes, watching out for what the foe does. Along these lines, in the event that they do physical assaults, don’t utilize enchantment wards and the other way around. I additionally propose watching out for speed, as, in the event that you can’t sustain or buff before taking harm, you should assault. For harder managers you need to slip a level one character into the principal bolster space and utilize Iron Hide II to diminish approaching harm. From that point it’s everything karma and responding to what your adversary does.

As previously mentioned, you need six black pages to unlock the final dungeon. Everyone is hidden behind an extremely powerful boss, with every dungeon getting an optional boss. While this guide goes in order of the dungeons, I suggest saving The Astrom Kingdom and Three Towers of Umbra for last. It’s also helpful to do Cobalt Campanula first, though not required.

First and foremost, to get to Subterra – B6 you need to head down the alternate path, which is located to the left of where the dungeon starts. If this is confusing, check out The Astrom Kingdom guide for an image showing the location. After that you need to make your way down to the sixth floor and make your way to the red exclamation point. Since this can be rather annoying, a map is located below.

It might take a couple visits to get to the end, so just take it slow and try to use mud exits to save progress. Even though it’s a pain to get to, this is one of the easier bosses. There isn’t a complicated mechanic or additional element, so fight normally and hope for the best.

While they’re not fully complete, they do show the path to the end. For Azu-Melm and Azu-Amadeus I strongly suggest using Fog Veil to avoid annoying enemies and not take damage for stepping on red squares. You should also note that there is a boss on Azu-Melm, Azu-Campanula, Azu-Phenom, Azu-Magia and Azu-Tanis. The first two are introduction bosses, with the Azu-Phenom being fairly difficult, Azu-Magia offering no challenge and Azu-Tanis is another glass cannon situation.

Once all the bosses are dead, head to Azu-Astrom and find the north exit. It should require you to go to the X15, Y8 pond and then jump to the end.

At this point you’re at the last boss and while it seems simple, it’s easily the hardest thing to deal with in the game. The issue isn’t just the obscenely high health, it has some fearsome AoE attacks and has a debuff move straight out of Criminal Girls (it has the chance to hit you with every negative status). Needless to say, this one requires a different build.

The best tactic is to raise your resistance, have plenty of green apples (they bring you back to normal), buff as much as you can and try to inflict status aliments on the heart. If you can do the latter, it’s an extremely easy fight, otherwise you need to learn the pattern (as near as I can tell it has a set rotation) and be lucky.

Since it does so much damage to begin with, I strongly suggest always being on the offense, with there always being someone doing buffs and/or healing. Once multiple allies go down, use items to revive and then heal. Do not let your buffs lapse or you will be in a tough spot.

Other than that, if the boss is too much, simply level and enhance until it becomes a more doable challenge. Outside of that, enjoy your platinum/ending.