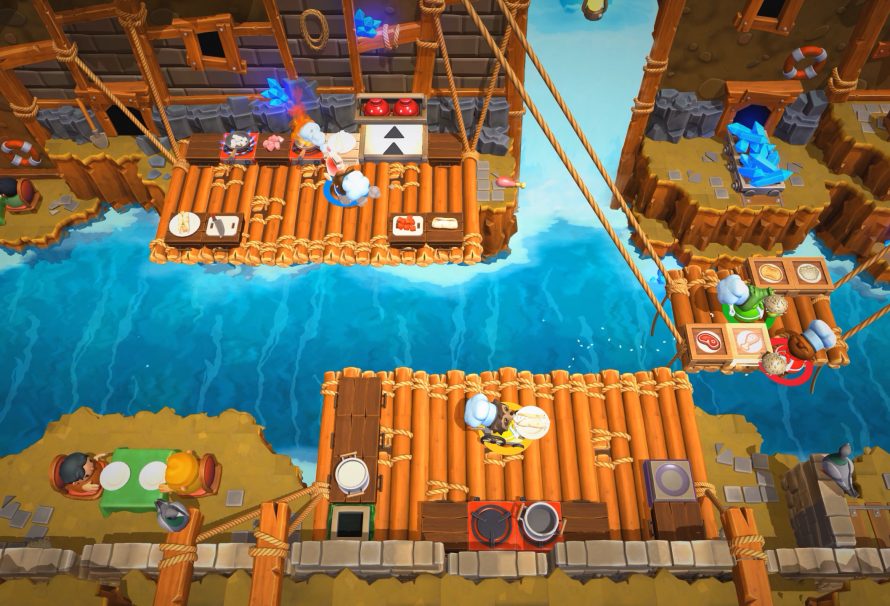 Team 17 has finally released today the patch that adds the New Game+ mode for Overcooked 2 on the Nintendo Switch. While the New Game+ feature has been available for other platforms for a few days now, Switch owners can now catch up and play again with friends as they tackle the fourth star challenge on every last level.

When starting off the New Game+, players don’t have to reset the save file. Instead, players can just continue where they left off, picking and choosing the levels you want to reply. For completionists, it’s a must have as that fourth star challenge will be challenging indeed.

In addition, an pcoming DLC for Overcooked has beeile it’s public knowledge that the new DLC coming later this week will be beach-themed, there’s really no information or details about it until today:

“Get your sunglasses on, gather your chefs, and fire up the barbecue… IT’S TIME TO GO TO THE BEACH! You’ll be having a whale of a time, cooking up kebab skewers and smoothies as the ever so exotic parrot chef, the spicy skillful island chef, and a returning hero chef from Overcooked.”

There you have it folks! This week will be a pretty good week for Overcooked 2 players regardless ifitch, PS4, Xbox One on PC. With the New Game+ mode available now for Switch and other platforms, plus the new Beach-themed DLC coming this week- everyone is happy!

Overcooked 2 is available now for PlayStation 4, Xbox One, PC via Steam, and the Nintendo Switch. For more information about the game and to read what we thought about it, check out our .

Here’s an overview the game:

Buddy up or go it alone as you cook up a storm, chopping, steaming and frying your way through dynamic and outright crazy levels. Now with online multiplayer for up to four chefs, there is no such thing as too many cooks and the steaks have never been higher as you prepare to save the Onion Kingdom… Again.