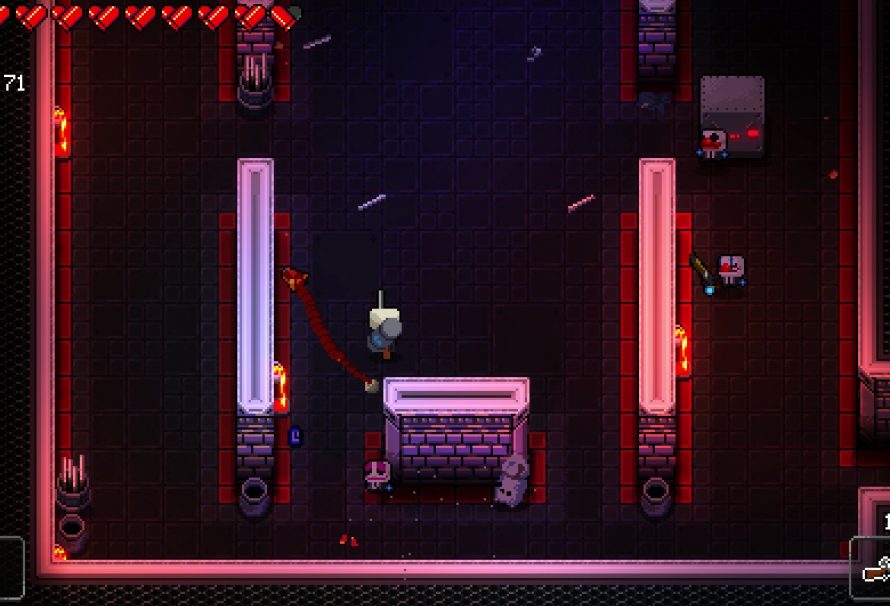 Along with incorporating a new boss, the most recent Input the Gungeon expansion adds an optional advanced boss (contrary to the decoration description, there is one). The part isn’t beating the boss, it is figuring out everything you need to do to actually face it. It is not too bad to do, it requires a fair amount of luck.

To unlock the advanced boss, you need to enter the new bosses lair. This is because entering the lair unlocks the weird egg, which is required to unlock the fight. If you need help finding that location or simply wish to beat that first, you can find our guide here.

Getting the Weird Egg

There are two ways to get the egg and one to get the serpent inside the egg, which is what is really needed to unlock this fight. Weird eggs can be found in either brown chests or in the alien’s store. It’s possible other chests or locations can offer it; I just know for a fact these two do.

As for the serpent itself, it’s behind a door that requires two special keys following the new boss fight. If you go with this method, skip the next section.

Now, the egg itself has three uses. It can be destroyed, potentially yielding an item, eaten for health or hatched. For this fight you need to hatch it. While the description itself is confusing, all you need to do is throw down some fire and toss the egg on it. To throw it, simply check your controls and see what input it tells you to use.

If you’re worried about finding a suitable flame, you can wait until the final area and either make one or use one of the enemies that makes them to your advantage. Please note, only ground based flames, like those the hammer makes, can be used to hatch it.

To actually use the serpent, you need to wake it by feeding it excess guns. It cost me four, so make sure you have something to feed it before hatching and don’t bother if it will leave you too weak to continue. After it sucks up enough guns it will follow you around and do seemingly nothing.

When you make it to the Dragun it will actually switch sides and attack you. It isn’t particularly hard to overcome, though can make some attacks impossible to dodge without a blank. Once you think the worst is over and the Dragun is dead, it will grab the serpent and transform into a new boss.

This boss is essentially the same fight, just with new attacks. It isn’t as hard as the new boss or even challenge mode Dragun, but it will still pack a punch. The only attack you need to worry about is the signs it places on the floor. These will prevent you from attacking, meaning it’s better to play defense than offense for the duration of that attack. Outside of that, play it safe and smart and you’ll probably win.

Those who do it will get a new statue in the starting area and unlock the holey grail item.

If something confuses you or pictures make more sense, feel free to check the video below. Be warned, it’s a rough video because my build lagged the game.