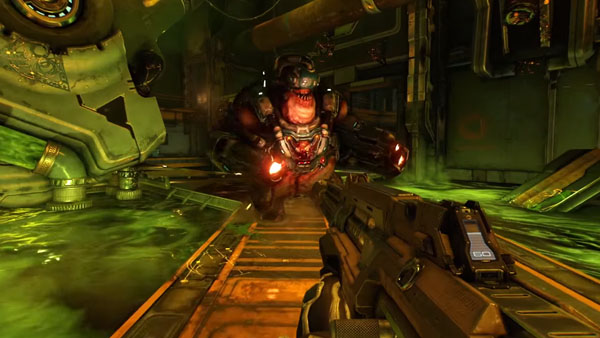 The Nintendo Switch is all going to get two AAA FPS video games thanks to Bethesda. Both DOOM and Wolfenstein II are heading into the console.

It doesn’t seem like Wolfenstein and DOOM II won’t be downgraded much . Taking a look at the trailer, the two games look great on the Nintendo Switch.

While Wolfenstein II won’t be out until 2018 DOOM will be out this Holiday season. More release dates will be announced at a later date.

The version includes the single player campaign if you want to play DOOM. If you would like to play the multiplayer part, it will be accessible to you. They were not able to match the game.