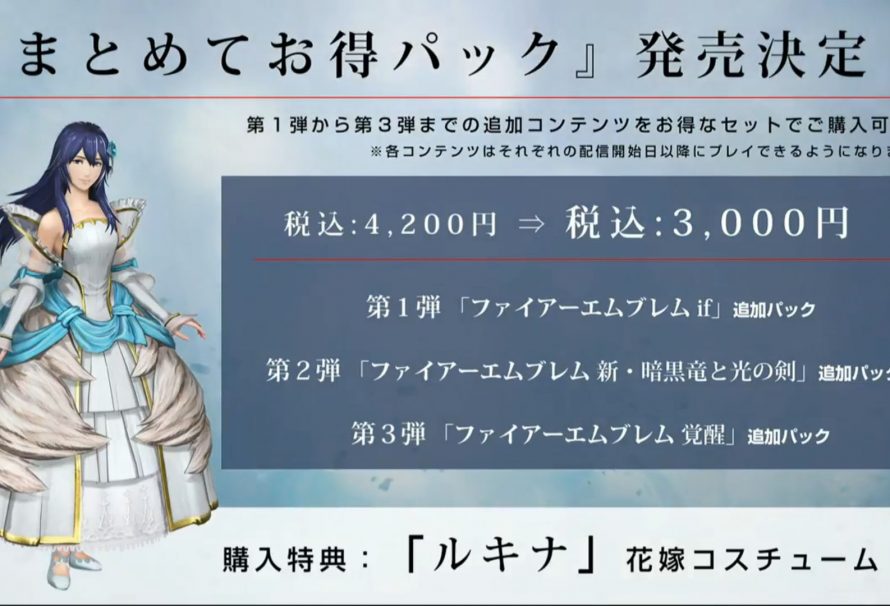 KOEI Tecmo is pleased to announce that the organization have plans to launch three DLC packs for Fire Emblem Warriors in the not too distant future.

The three DLC packs would be the following:

In each of these DLC packs, gamers can expect playable characters and weapons.

For people who would love to get the bride costume there will be a bundle that includes the three DLC package for 3,000 yen and the costume. Purchasing them would normally price 4,200 yen, so getting that you will be saved 1,200 yen if you decide to buy the package by bundle.

There’s currently no word regarding the release of the DLC in North America.

Fire Emblem Warriors is due out on September 29 in Japan and October 20 in North America.