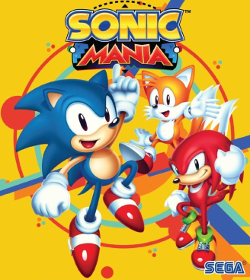 Sonic fans have had it unpleasant the recent years. Among hybrids and uncommon thoughts, as Sonic Unleashed, it has gotten progressively hard to be a sonic fan. Ages reminded us what made Sonic extraordinary and it appears as though Forces and Mania are attempting to catch the first flash.

With the exemplary look, it’s anything but difficult to lose all sense of direction in sentimentality. Be it coming back to Green Hill Zone or encountering new areas, Sonic Mania feels like past times worth remembering.

While playing through Green Hill Zone, it felt like another turn on the notable level. Exemplary components were there, including thistles, dividers you can move through, the first look/adversaries and even the holder that held wild creatures. From multiple points of view it felt like I was playing an all-encompassing form of the level I recollect so affectionately. One that presently has new characters, zip lines and different things.

Indeed, even the manager was one of Eggman’s most notorious manifestations. Not the destroying ball, which was included in Forces demo, however the powersuit you battle from Death Egg Zone in Sonic the Hedgehog 2. Perhaps not a similar chief, as it presently fires bombs and could shoot out its arms, however close enough where the nearness of the notable manager is all that could possibly be needed to fulfill fans.

As incredible as sentimentality may be, I’m worried that Sonic Mania may depend on it excessively. Based off the demo, the two zones adhere to their principle objective. The new level looks new, where as Green Hill Zone is loaded up with recollections of past undertakings. It’s difficult to tell where precisely Sonic Mania will land, be it elegant reverence to the first games or something so loaded up with sentimentality that it gets forgettable, however based off the demo, it will be fun and that is more than can be said of numerous ongoing titles.