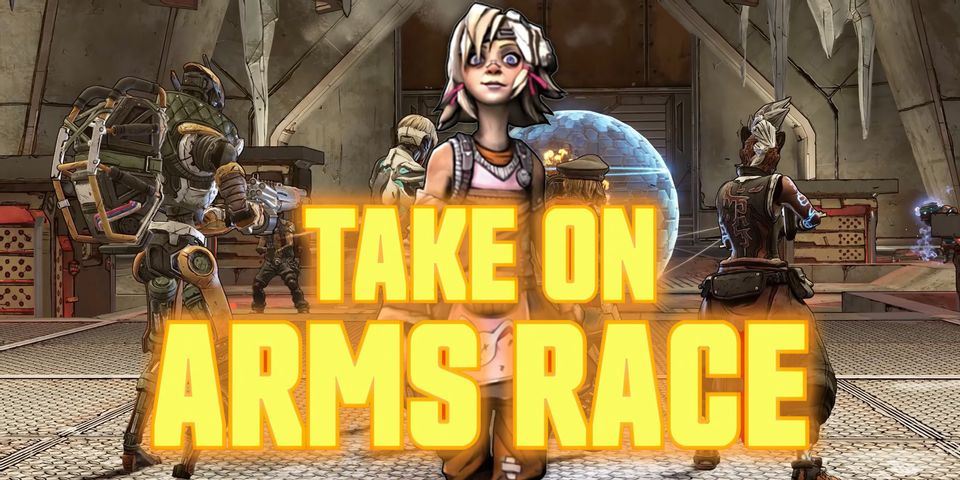 A small change could make a huge difference: the ability to extract more gear at the match’s end. Although the number of items extracted from the main play area is smart, the limit on the final station to only three items is too restrictive. With this limitation, players who were thorough and did a fine job looting are essentially punished, as they will likely have too many Arms Race legendaries to extract. It would be fair to remove the restrictions on the amount of loot extracted after players have beaten the boss.

A small but important change Borderlands would make is to try something new. This would be in keeping with Tiny Tina’s Wonderlands. Arms Race should follow the lead of Seasons and other live service games. Once players have completed enough runs, they’ll have several copies of the same weapon. This is a good thing, but it can make the game less replayable since the Arms Race has a small pool of exclusive guns. Seasonal approaches could rotate the guns, adding new weapons to the vending machines and chests every few months. The players would have an incentive to keep playing Arms Race as they could get a new batch of guns each Season.

Many other improvements could be made in Arms Race, including a rotating gun line-up and a more fair final extraction station. Having more than one map would make Arms Race even better. This would be a huge effort on Gearbox’s part and could only make sense if the model is popular. However, new maps could provide some variety for those who really love the Arms Race style. These maps could have their own world drops, which would allow players to try different Arms Race maps. Different commentators could feature in each, too, with Moxxi heard talking in one arena while Axton and Salvador return for another.

A map could have its own enemies, which is the most important thing. While Arms Race’s use of the Rivals faction is smart, as players fight various COV enemies and Maliwan foes this way, different maps would allow players to take on the foes they prefer battling against. It can be difficult to fight Spiderants in Arms Race, so it would be nice to have the option to drop down on a map without those enemies. Different Arms Race maps could offer different enemy types similar to the Circle of Slaughter, which gives the player more control over their experience.