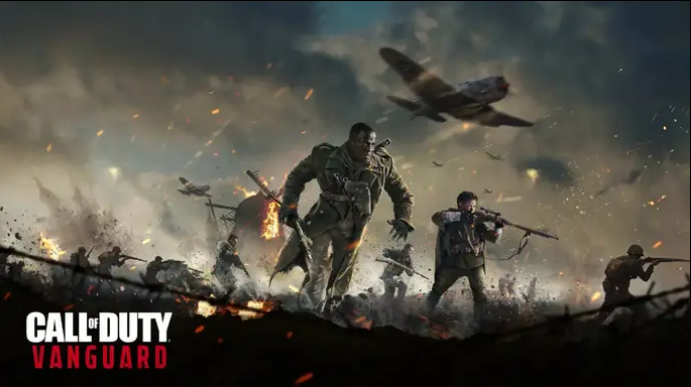 Call of Duty: Vanguard’s highly anticipated multiplayer mode is finally available to players after months of speculation, leaks and speculation. This was possible thanks to beta weekends that took place in September. We’re getting closer to the November 5th release and have spent some time exploring the different maps and game modes to understand better how the game looks.

Vanguard is visually stunning from the beginning. Each Operator is modeled in incredible detail, and maps are full of rich colors and dynamic evolution. Vanguard is a solid first-person shooter (FPS), thanks to its stunning aesthetics and exceptional gunplay. However, only a few hours of gameplay made it clear that multiplayer is the main focus.

A new version of the Gunsmith, introduced in Modern Warfare 2019, allows players to attach 10 attachments to each weapon in their arsenal. Although it may seem excessive, each attachment offers various unique benefits that can dramatically improve your performance throughout a match.

These new ammunition types and proficiencies are a significant change from the insignificant attachments that offer minimal improvements. With Vanguard’s new destructible environment, players now have the ability to equip bullets that can both burn opponents and increase penetration through surfaces.

Although destruction is not a major part of Call of Duty multiplayer, it does play a significant role in Vanguard. The ability to break through walls or smash glass panels can add to the flow of a map. This allows for specific rooms to be opened up and a line of sight that allows you to pick off any opposition. It has its advantages once the damage is done. However, the initial breaching or securing of wooden structures such as Red Star or Hotel Royal on maps can draw unwanted attention, especially in games that use Assault and Blitz combat Pacing.

Vanguard’s new Combat Pacing feature allows players to choose from three types of pace: Tactical (Assault) and Blitz. Tactical, the 6v6 multiplayer experience that is synonymous with the franchise is now available. Assault allows for more players to participate in the action. Blitz, which is chaotic with 14 players, is an entirely new feature. Vanguard feels sluggish and stale when it enters a Team Deathmatch using Tactical.

Understanding spawn logic is a key part of map design, especially in Call of Duty. Knowing how spawns work on particular maps can make it a sure-fire way to victory. Combat Pacing is not a factor in spawning. This can lead to players spawning right before their opponents, with little chance of winning the gunfight. Given the increased player count, it is not unusual for Assault and Blitz matches to have unpredictable spawns. However, spawning on an enemy flag while your team controls two is a challenge to logic.

Gavutu, Hotel Royal and Red Star stick to the three-lane design, while Red Star has a square layout overlooking the central fountain. Although they aren’t the worst maps, they’re still better than their Black Ops Cold War predecessors.

Final thoughts: This is a good start, but there are many things to improve upon.

Vanguards multiplayer is solid and can be improved upon, considering that the only gameplay I have experienced was from a game that is still in development. The spawn logic is currently the biggest problem in the game. If that can be improved to make it more predictable, then casual multiplayer will be in a good place.

The competitive side is unclear, with so many attachments subject to the informal gentlemen’s agreement due to their superpower. It’s sure to be an interesting year of Call of Duty.