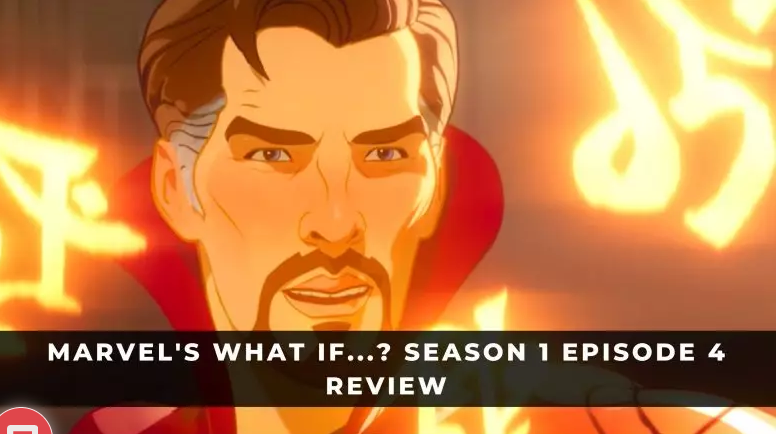 This episode of Marvel’s What If …? focuses on Doctor Strange and his descent into darkness. He loses the love of his dreams and must travel into the darkness to find her. This episode is a mix of a sad story and great animation.

The Marvel Cinematic Universe movies do a fantastic job of bringing comics to life. Animation is the best. It is amazing to see how animation can bring something alive without reaching the uncanny valley. Marvel’s What If …? is a thrilling episode. The animation’s trippy visuals are amazing, and it’s great to see Doctor Strange in action. This episode is packed with some of the most heartbreaking stories in the MCU.

Story: A fixed point in time

We will be focusing on the Sorcerer Supreme. What if he loses more than his heart in the accident? In this instance, the heart is Christine Palmer. As in the timeline, they were still together at the beginning of the movie. This episode has a problem with Doctor Strange. It was Christine’s inclusion in the movie. Rachel McAdams was not given much to do in the movie, as her character wasn’t there for very long. If Claire were removed from the movie, the changes you would see wouldn’t be so drastic since it’s not a crucial piece.

As an example, take Pepper Potts from the Iron Man series. Because the movie develops and roots her in her relationship with Tony Stark, the audience cares. Imagine Tony losing Pepper. It will have a profound impact on the audience. The episode lifts your spirits and makes you believe these two are in love. It is effective in showing Christine’s passing and the progress Strange makes. For years since Christine’s death, we are shown a brief montage of the movie’s events. Strange still has the Eye of Agamotto. Strange uses it to save Christine. But it soon becomes apparent that it is a fixed point.

We feel the most for this relationship, as it ends in tragedy. Strange even tried to ghost her but soon discovered that her apartment had exploded. Strange is forced to take a dark road to prevent a certain outcome. Strange attempts to gain as much power, and the episode becomes tragic. Soon, we learn that Dr. Strange was actually divided by the Ancient One. Strange is split into two, as each of them takes different paths. It becomes a battle between Doctor and Doctor. It is a thrilling scene that makes the MCU’s most memorable scenes. We don’t want to give away too much; it’s not a happy ending.

Characters and Performances: The Tragedy Of Doctor Strange

Benedict Cumberbatch does an amazing job of playing many different angles of Stephen Strange in such a short amount. It’s not the usual side we are used to seeing. The brilliant thing about the dark path of power that he takes is that it is not a left turn. It feels slow, even if it’s only for a brief time. Then he meets the Stranger who didn’t try to save Christine. This is the closest MCU has come to a true tragedy.

Perhaps the most surprising thing about this episode was how much The Watcher was featured. He usually appears in the background and narrates the episodes’ beginning and ending. We now hear him commenting about the events and the conflict between wanting to help but not interfering. We might be able to see more of The Watcher as a narrator. That’s an exciting possibility. Jeffery Wright’s voice is so rich that he adds. It’s powerful without sounding like a god.

Cinematography and Sound: The MCU Opera

This montage is a brilliant example of why we care about these events. Two key pieces show just how far Strange can go. The first one focuses on Christine’s death and Strange’s attempts to save her. We quickly discover that she will die regardless of what Strange does. It is a great way to help someone going through such pain. We root for him to succeed, even though we know the consequences. Although the second montage shows the animation, it is essentially a training one. Stephen’s animated creatures are so intricate that it is hard not to stop and admire them. As he absorbs their power, it just gets more frightening.

Laura Karpman’s score enhances the episode and makes it more like an opera. Beautiful music is played during the final battle. It then hits you with the powerful piano playing that will take your breath away. End credits are a simple display of the concept art and the music playing. They will take your breath away. As you absorb the pain and beauty of what’s being shown, you’ll be stunned into silence.

Editing and Pacing: A Short Story

Marvel’s What If has been difficult to compress as much information in just 30 minutes. This story is one that shows you how to work with what you have. We don’t have a detailed overview of Doctor Strange or the changes it has undergone. It’s instead a story about someone trying to save their love, with some significant consequences. The introduction of another Stranger into the mix can make things more complicated.

Although they have a solid explanation, I wouldn’t be surprised to see some people confused. This editing shows both versions of Sorcerer Supreme on different paths. It would have been great to see more shots in this style. It would have been a mini What If with the two Strange courses.