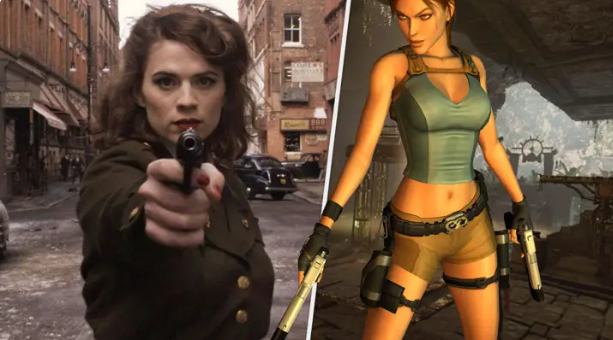 Hayley Atwell, who may be familiar as Peggy Carter from the Marvel Cinematic Universe series, has been announced as the voice of Lara Croft on the Tomb Raider Netflix series. The series was announced for the first time in January 2021. Lara will star as the actress.

Deadline reports Hayley Atwell has been confirmed to continue the series from the rebooted series created by Crystal Dynamics and Eidos Montreal. Although Deadline calls it Tomb Raider, we aren’t 100% sure about the title or the content of the series. However, it is part of Netflix’s push to win over gamers with new adaptations.

There have been The Witcher live-action series, the anime and the Castlevania animation. We even have new series based upon Assassin’s Creed or Metal Gear. While the Tomb Raider anime is just another feather in Netflix’s cap, Atwell isn’t the only major name involved in the project.

The original report states that the series will feature Tasha Huo (upcoming live-series prequel The Witcher, Blood Origin) and will be executive produced by Dmitri Johnson ( Sonic the Hedgehog).

Haley Atwell previously stated that she wanted to “debunk female stereotypes,” such as in this Evening Standard interview. She said that women have more representation than just the wives and mothers, the sexpot, and the ingenue.

We are eager to see her as Lara Croft, and we hope she will bring more life to the adventurer to fuel future game adaptations.