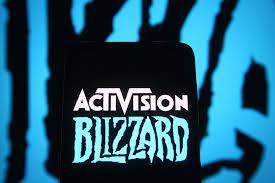 The lawsuit claims that the company used coercive words, rules, and actions against employees organizing for better workplace conditions. The suit states that Activision-Blizzard leadership “threatened employees to not talk about or communicate wages, hours, and working conditions; told workers they could not communicate with or discuss ongoing investigation of wages, working conditions; maintained a broad social media policy; enforced this policy against employees who engaged in protected concerts activity; threatened or disciplined employees; engaged in surveillance and interrogation of employees involved in protected concerted activities.

The lawsuit claims that while Activision-Blizzard feels safer putting its name on marketing materials again, much of that safety comes from the intimidation of employees trying to improve the workplace. Many employees have been organizing through social media and speaking out via the #ABetterABK movement. They’ve both discussed the resistance they face within the company to fulfill their calls for action and possible ways outside help.

Activision-Blizzard employees staged a walkout to protest the company’s workplace culture. They also fought to remove references to employees who had contributed to workplace harassment and discrimination from games like Overwatch or World of Warcraft.