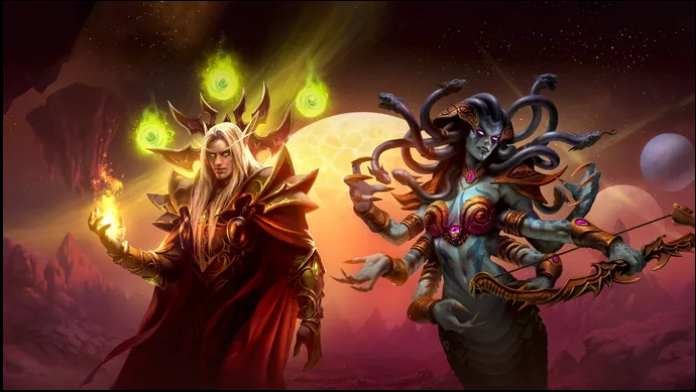 Yesterday was the official launch of Phase 2 Overlords of Outland. The main attraction to this first content update of Burning Crusade is two new raids and two new Factions that will allow you to earn a reputation for unique mounts or rewards.

Things did not go as planned. The prerequisite quest “Our Boy Wants To Be a Skyguard Ranger,” which is required to start the quest to farm Apexis crystals, was bugged.

Blizzard has noted the problem and made the necessary changes to the quest item, which many believe was abused by players.

Our Boy Wants to Be A Skyguard Ranger.

The quest requires players to interact with the nearby Fel Crystalforge, which gives them an Unstable flask of the beast. They then go to the Auction House to sell them as it has vital stats that make it useful for Feral Druids living in Gruul’s Lair.

Either the quest is wholly bugged, or Blizzard has disabled their ability to loot flasks until they find a solution.

Flasks placed on the Auction House now say “Soulbound” or “Binds when collected,” which means Blizzard has made some changes.

Players are unhappy that a bug in the launch system has caused the cancellation of many of the most anticipated reputations in TBC. But, more importantly, Blizzard has not communicated with them to resolve the problem.