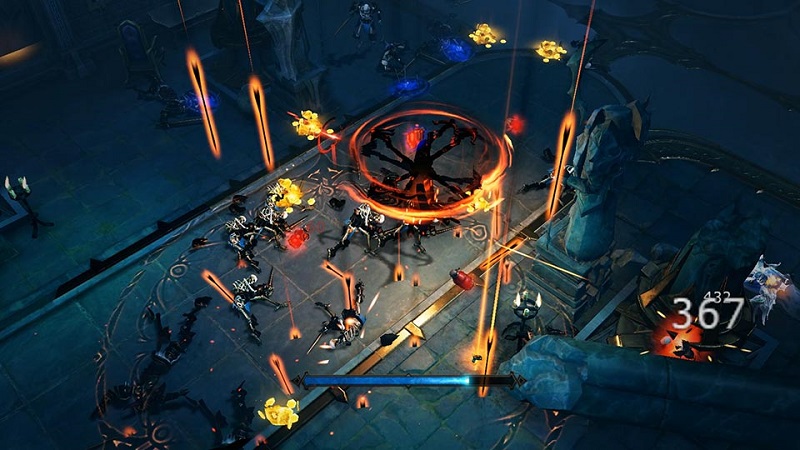 Diablo Immortal’s closed Beta testing is now available. This gives lucky players from select regions around the globe the opportunity to play the mobile action RPG before its official launch. If you have been following the title’s 2018 announcements, you might be interested in its start/end dates. We cover all details about them in this article.

Diablo Immortal closed beta has set its start date for October 28th. Servers will go live in Canada and Australia at 8 PM ET/1 pm BST. Only Android devices are allowed to participate in the test. You’ll be notified by Google Play if you are one of the invited.

The closed beta date for Diablo Immortal will be announced later, but Blizzard assured fans that the test would be open for several weeks allowing them to play the end-game features.

Invited players can play as the Necromancer and also test an enhanced version of the ARPG’s faction-based PvP/E system, The Cycle of Strife. This includes a 30-x1 battle called Challenge of the Immortal.

The 8v8 Battleground PvP game is now available with ladders. Set items will add spice to Diablo Immortal’s final-game. In teams of 8 or more, participants can test their skills against Helliquary raid bosses.

Closed beta includes a preview for the title’s controller support. Optional in-game purchases will also become possible. Blizzard notes that progress will be lost after the closed beta ends. Purchases will be converted into equivalent in-game credits when Diablo Immortal launches.

This is what we know so far about Diablo Immortal’s closed Beta, as well as its start and ending dates. As soon as we receive more information, we’ll update the article.