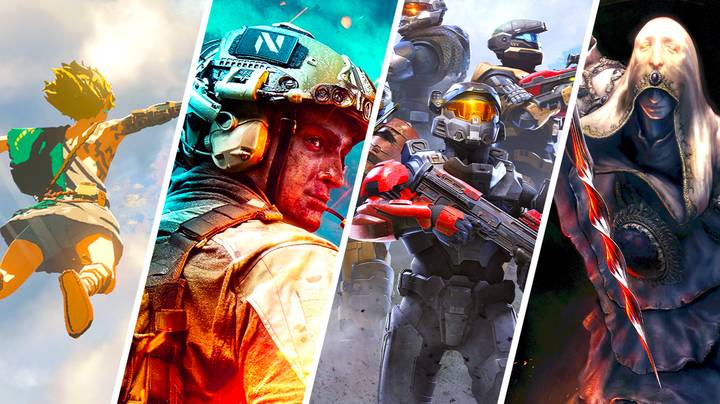 That’s it for the 2018 edition – though the all-digital 2021 edition, gaming’s largest celebration of new announcements was quieter than usual. E3 2021 was a bit… incomplete with several shows beginning days before E3 proper’ started. We watched the entire thing and found many exciting games, some to be disappointed in, and some that we were happy to summarize below.

What I loved: Halo Infinite‘s multiplayer overview streaming ( see the trailer, above). It has been over a year since the first gameplay reveal for Infinite. This was not a pleasant experience to say the least. 343 Industries delayed the game and took the time to address many of the critics that fans had, not only about the gameplay demo but also the Halo games they had previously made. And boy did they make a strong return. I was ecstatic to see the multiplayer reveal for Infinite. This is a clear return of form for the franchise and builds on the original success.

What I missed: I miss the old show before it was remade by publishers. Even if you watch them online, they don’t generate the same buzz. It’s just not as enjoyable to work on them at home. I miss my colleagues, spending late nights with them and covering the shows together. Overall, E3 is missing the excitement.

What I loved: This year’s E3 had fewer memorable moments than usual. Most of them were during the Xbox & Bethesda Games Showcase. We finally saw Battlefield 2204‘s multiplayer after the shocking reveal trailer last week. It was amazing! As an avid RTS fan, I was thrilled to see Age of Empires IV release date. It’s hard to believe that October 28 is so close! Last but not least, Forza Horizon looks amazing ( see its trailer, above). Playground Games’ 12K photogrammetry is what really impressed me.

What I Didn’t See: This E3 was very different from previous years, with no physical presence in Los Angeles. I missed the excitement and convention aspects of E3, having been lucky enough to be able to attend one before. I missed the opportunity to network with colleagues around the world and the busy schedule that goes with E3. It is still far from being released, but I would have loved to see a bit of The Elder Scrolls VI or Ubisoft Massive’s upcoming open world Star Wars project.

What didn’t impress: I felt like a lot conference this year failed to capture a little of that E3 magic. Maybe that’s a result of the past year. We hope that events in the future don’t follow a similar path.

What I loved: The stunning Sable trailer was amazing. And Shedworks’ game finally got a September release date. Being able to play that and Tunic via Xbox demos was another highlight of E3 Season. The very Inside-like Somerville (ex-Playdead dev, so it checks out) and cyberpunk-goes-pixel-art Replaced stole the Xbox show for me – which was some feat in a showcase that included Starfield and Forza Horizon 5. Although I was not the only one who felt it, I learned a lot from Babylon’s Fall. And PlatinumGames is always worth mentioning when it comes action. Trek To Yomi was the standout of the Devolver Digital show; then there’s the Nintendo Direct with Metroid Dread revealed and a welcome look at the Breath of the Wild 2 sequel. It won’t be released in 2021. However, I’m more than happy to wait, especially with the Zelda multi-title Game & Watch, which will be released this fall as a continuation to last year’s Mario effort.

What I Didn’t See: While the lack of any information on Beyond Good & Evil2 was not surprising, it would have been nice to receive even the smallest update from Ubisoft. Although PlayStation is clear in their we don’t do E3 stance they aren’t denying that there’s not much to be excited about for the PS5, it doesn’t make them feel particularly optimistic when Xbox had a great show and the Nintendo Direct was strong. Elden Ring was a huge hit at Summer Games Fest’s kick-off. However, the fact that there was no gameplay in the first trailer felt like a missed chance for Bandai Namco and FromSoftware (and also the decision by the latter to devote their show to House of Ashes is a mistake).

What didn’t impress: Stranger of Paradise. Final Fantasy Origin seems like an unsuitable fit for the Final Fantasy series – the trailer that closed Square Enix’s showcase was laughably bad. Square Enix also showed off the Life is Strange remaster. It feels like a game that doesn’t have to happen with the originals so readily and cheaply available. However, I am happy that it’s finally being released on Switch.