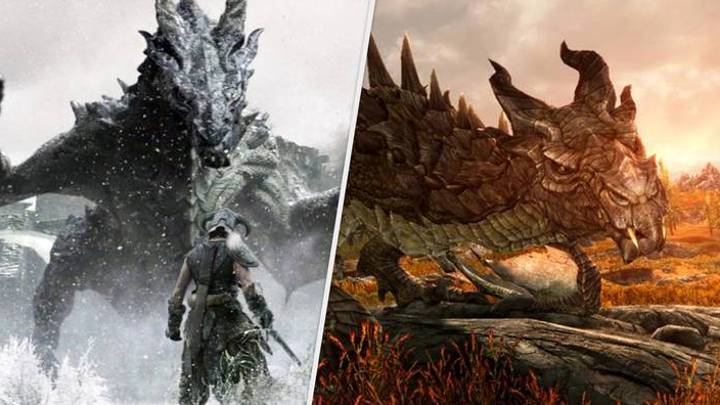 It’s something I’ve repeated before and it will be repeated many times more: Skyrim‘s vast, open world is one gaming’s greatest inventions.

Although it may not be the largest, prettiest or most detailed, it is almost certain to be one of the most valuable. There are endless possibilities in the forests, mountains, caves, and gorges of Bethesda’scelebrated creation. Skyrim is a place where everythingcan happen.

Fans who have been playing the game for 10 years regularly post new discoveries to the Skyrimsubreddit. Sometimes, it’s an experienced veteran who has had their mind blown by something new. Sometimes, it’s a new player who shares their amazement at a well-known feature or secret. It doesn’t matter what the situation, it’s always an enjoyable sight.

A player named RazcullUk recently documented an unusual NPC interaction they had never seen before, despite playing the game for “years”.

RazcullUk found an NPC farmer in the wilds Skyrim directing a painted cow towards some giants. The farmer explained that the cow was a sacrifice in order to keep the giants away from his back. You’ll be able to empathise if you’ve ever seen Skyrimgiants.

RazcullUk chose to follow the farmer with his cow for a few minutes to see how it turned out. The NPC lost because the giants beat the farmer to death while the cow ran off. Skyrim is dangerous.

Others pointed out that they were aware of the poor farmer and his cow. However, not all have had the same experience with them. Some users claimed they have seen the farmer abandon the cow with giants and walk away unscathed, while others said that they didn’t know such an outcome existed. If they feel brave, players can also get involved and kill the giants to ensure the safety of both cow and man. This is a testament to Skyrim‘s endless possibilities.