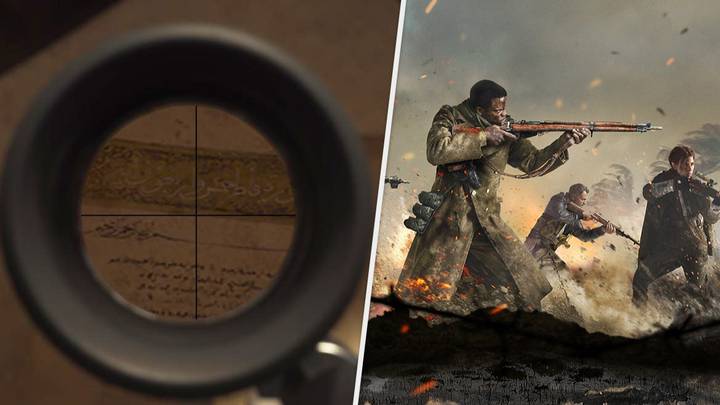 Duty: Vanguard players reacted to the discovery that pages from the Quran, which is the central religious text in Islam, were strewn across a floor map of zombies.

Muslims consider the Quran to be the most sacred of holy books. It is believed to be the holy word of God and should be treated with respect and care. It’s easy to see why some people don’t like it being used as set dressing in Call of Duty games.

Twitter user BKTO0R was the first to bring attention to this issue. The Quran pages can be seen scattered on the floor with bloody splatters.

According to Google Translate, BKTO0R wrote, “Brothers,” stating that he could see the Qur’an pages on the ground of the zombie map. “I believe it should be removed as quickly as possible.”

Many gamers from the Muslim community joined BKTO0R to try to get in touch with Activision. Tom Henderson, an industry insider, replied to confirm that he has reached out and informed Activision about the problem.

One user explained to others that it was disrespectful. “God’s holy words written on the floor with blood, as if it didn’t matter.”

“Who in their right mind thought that this was right?” added another.

Rami Ismail, a video game developer, also expressed his views on the subject and called on all studios for an end to such a situation.

He pleaded , “Could pleasejust stop putting text from the Quran in the ground or places where people can walk on them,”. Even if religion is absurd, there is no reason to disrespect two billion people’s culture and beliefs in a videogame as a throwaway asset.

The pages have been made blank by Activision. They have spoken to Dexerto to apologize for the inappropriate use of the Quran within Vanguard. The statement read, “Call of Duty was made for everybody.” The statement stated that insensitive content was accidentally included last week for the Muslim community. It has since been removed. It shouldn’t have been included in-game. We are deeply sorry. We will immediately take internal steps to rectify the situation and prevent similar occurrences in future.”