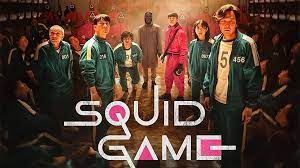 Squid Game, a popular Netflix series, was filmed in South Korea. This Squid Game review will examine the production quality and the show’s basic premise. It offers viewers characters, stories, action, and, most importantly, a situation. Watching Game feels like taking a personality quiz. Many viewers end up asking themselves the following questions: What would you do in such a situation? This leads to the question: Was that character’s decision justified? Is it better to live in the game than outside? This decision was smart. Etc. It’s similar to shows such as Lost and Stranger Things. It shares a lot with The Hunger Games series.

A mysterious organization contacts people who are in financial difficulty. They are offered the chance to win a huge cash prize by participating in a tournament. The offer is accepted by those who are able to go to the location where the games take place. The players are then allowed to live in the same room, complete with stacks upon stacks of beds. The losers are only discovered by the players after the games have begun. They are not just competing for the prize money; they are also trying to survive.

The story is, for the most part, well-written. It is especially well-done in the setting where the games are set. The frontman and the masked men have a nice uniformity. Their facelessness also helps to connect the audience with the players. The masked men are as well known by the viewers as they are by the players.

The story is predictable, which is one of my criticisms. There could have been more twists to the story. One more advantage or betrayal could have added spice to the tournament.

CHARACTERS & PERFORMANCES: WHAT IS IT TAKES to WIN

All roles are played with great skill. Each character is given a brief backstory. This episode focuses on episode 2. Each character has a slightly different approach to the situation in which they find themselves.

The story follows Gihun. He is distinguished by his loyalty and nobility. He shows his sadness for the loss of losing players outwardly. Lee Jung-jae is a great actor and plays Gi-Hun well, especially when he expresses negativity. Gi-Hun’s need to save himself and those around him is very real and moving.

He is a person of kindness and compassion that makes him very likable. However, it is his fault that he is so messed up. He is both noble and self-destructive. He is responsible for his debt, and freely chooses to play.

Sang-Woo, a childhood friend to Gi-Hun, is another important character. He is intelligent and well-educated. He is calm and measured in his approach to the situation, with very little emotion.

Sang-Woo understands that for him to win, everyone else must lose. This is much more difficult than his allies. He knows that he will eventually have to see his friends die. Park Hae-soo is a good actor as Sang-Woo, but he does not steal the show. He is able to tell the difference between a poker face or showing emotion.

Anupam Tripathi and Ali Abdul are the best performances. Lee Jung-jae is Gi-Hun. Although Anupam Tripathi plays a minor role, it is worth noting that Ali’s performance is outstanding. Ali is less bright than most of the players and follows only what other people tell him. Anupam Tripathi does a great job portraying Ali’s complicity and tractability.

The pacing of the series is excellent, according to me. It could have more episodes but it doesn’t need them. It contains all the basic schools that can be considered when one asks, “What would you do in this situation?” It also leaves open some possibilities for the future, in case there is one.