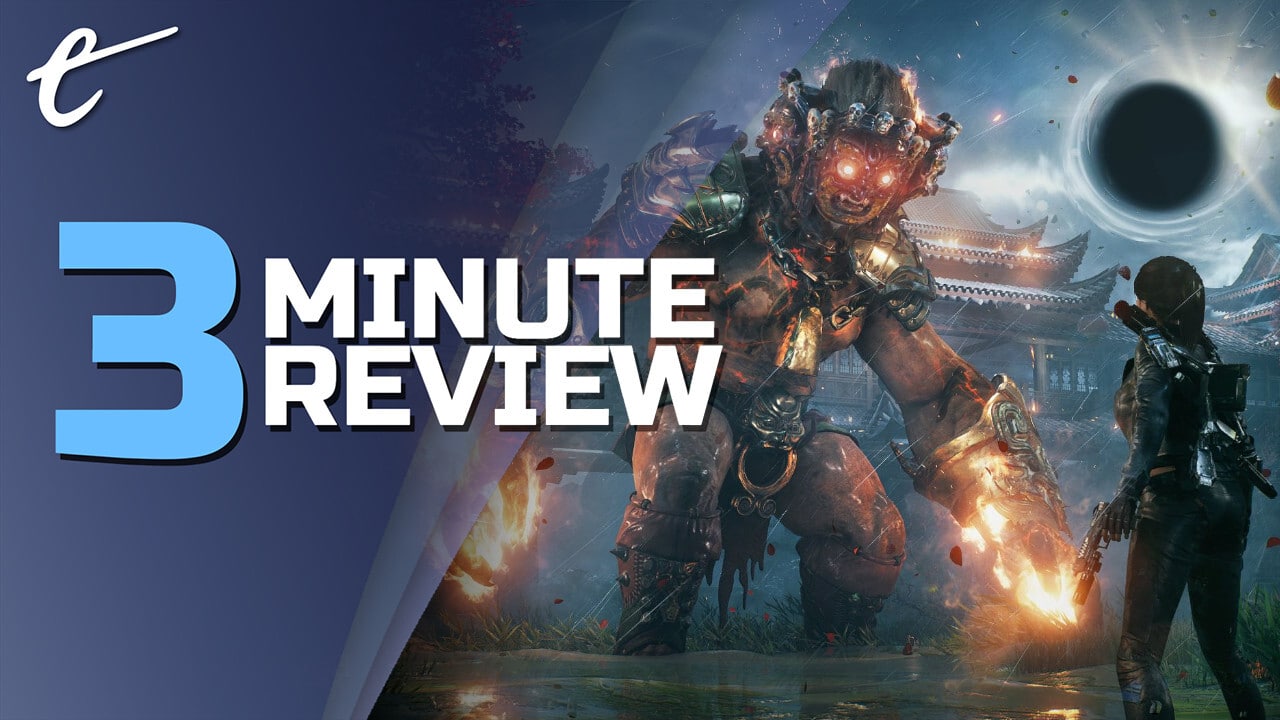 FPS games have experienced unprecedented growth due to the popularity of genre favorites like DOOM, Halo and Call of Duty. There’s a good chance that you will find a few FPS games in a household with a modern console. This popularity encourages developers all over the world to attempt to capitalize on its enduring presence. They simply love the cinematic experience first-person shooters provide. Bright Memories: Infinite was created by one man studio. It is an outstanding example of a riveting project which feels both AAA and indie.

I have to admit that the popularity of FPS games has somewhat turned me off from playing the genre too often. Metroid Prim has been the closest I have come to falling in love with a FPS game. It’s still a pleasure to see smaller studios or a single developer taking on a game this large. It has visuals at least as good as modern titles that were developed by large studios with financial benefits. However, other aspects may not be as shiny.

Bright memory: Infinite can be downloaded now via Steam or GOG to get your region pricing. A Xbox Series X port will be available in 2021.

It’s the year 2036, according to the synopsis. Scientists have found strange phenomena in the skies, such as rifts in dimensional stability. Agents from Supernatural Science Research Organization (SRO), were dispatched to investigate. However, a greater danger is looming that many are not fully prepared for. Shelia, the game’s protagonist is quickly thrust into action.

You should have understood all of this, as the game doesn’t go into much detail. It really doesn’t explain anything. The main campaign is a vacuum. Shelia’s superiors bark orders at her, and the aforementioned phenomena continues its destructive effects on her life. It is not important to discuss “context” and “development”. Enjoy the diversity of events and be enthralled by how everything (and I don’t mean every) is hidden in a thick fog of mystery.

A “prequel “(?)” is available for reference. This is Light Memory. It features the same characters as the Infinite rendition. Although I cannot say if this is necessary to understand what’s going on here, some reviews state that it takes between 20 and 30 minutes to play. I think it is more likely that the story is too vast for the scale of this project.

This could be an explanation for the story’s short length. Bright Memories: Infinite can be completed in 2.5 hours to 4 hours depending on your skill level. This includes unskippable cutscenes. This is a small price for a game that attempts to combine drama and atmosphere with condensed sets of baddies, cinematics, and dramatic drama. It seems that gameplay finesse (and graphic fidelity) were given more importance than trying to deliver a satisfying experience. You won’t be disappointed if you’re just playing it for the story.

This game is an FPS. You can expect a lot first-person shooting. What fun is shooting people with no other flavor? This game offers more than just a thrilling adventure for those who are interested.

This narrative vacuum is transformed into a memorable, streamlined series of situations. You might be filming one stage, while another you are sneaking past enemies. This is more than just a run-and-gun game. There are boss fights and platforming / parkouring as well as a car chase. Having a steady supply of combat elements and exploration allows for greater replayability and strategizing. The campaign is short, but there is a lot of gameplay detail.

Shelia’s reflexive-minded abilities are perhaps the most distinctive. Shelia can use swordplay to reflect melee and bullet attacks and swift dodges that send her back significant distances. She can also use a force pull / push to stun larger enemies as well as one-shot normal enemies. These elements can be implemented faster than Bright Memories: Infinite. It’s a thrilling amount of player input which makes it difficult to resist boss fights.

You can also upgrade your weapons and abilities by collecting the reliquaries. These can be obtained by defeating enemies or picking up items in the environment. You can stack them to unlock additional attacks and/or make them more powerful. The sword upgrade that releases energy from slashes is my favorite. It was a significant help against larger enemies. It’s important to keep track of your reliquary counts. The game is short and you will be collecting quite a lot as you progress.

Swordplay and gunplay are still enjoyable. It’s easy to get used to all the available abilities. Combat and maneuverability are where the gameplay really shines. Due to the game’s length, upgrading can be a bit difficult. If you are able to see clearly, it is not difficult to find reliquaries. They are rarely hidden. You can never keep ammo or other goodies under wraps (and this is the default difficulty). This is a casual, almost inconsiderate implementation of an item-loot scheme to make exploration a little more inviting. However, it leaves you feeling incomplete.

Oh, whoops. I accidently stumbled upon the sixteenth of these.

Parkouring and platforming are similarly cumbersome, so they are not used often. Stages progress fairly quickly and don’t require a lot extra traversal techniques. Particularly platforming is not easy because the jumps are stiff and weighted. Parkouring is an option that I didn’t know existed. I nearly died several times. Similar to item-looting and other tactics, their implementation is often infrequent. This leads to further underutilized tactics.

Because of my experiences with the game’s stability, I decided to dedicate an entire page to it. I’m referring to the cracks.

My game crashed four times in three hours. Playing on mid-to-low settings on a decent-though-not-great laptop, the game stuttered semi-frequently and had some framerate drops. Sometimes, picking up ammo wouldn’t happen until I went back and entered the pick-up area again. It was impossible to pull in enemies half of the time so I didn’t bother. These minor issues, except the crashing, made this a very hot and cold playthrough. It also led to random deaths and prolonged time in some stages.

If you are considering diving in, be aware that it is not perfect. Bright memory: Infinite was developed by one person. It’s easy to assume that the task of creating a well-tuned product will be a difficult one. It’s not an easy road, and every crack can lead to your game going bonkers.

The most impressive aspect of this game is probably its visual splendor. This is possible for just one person to do. This is an incredible feat and one that must be acknowledged. Bright memory: Infinite is a brand that can rival major studio titles. It has tons of resources. It is a rainy, dreary world, with lush forests, abandoned ruins and plenty of past-world imagery. There are lots of explosions, cinematics, and a lot of them.

Although it is slightly slow, the Boss’ ability to control explosive scenes and massive targets (which are definitely frenetic) is amazing. Boss battles exude the “epic” feel it strives for. Even though the campaign is short, it’s packed with action-oriented content that would make Call of Duty blush. The intentions of environments are usually clear. You just need to remember what they do. The level structure is easy to use and accessible enough that it doesn’t seem difficult to find.