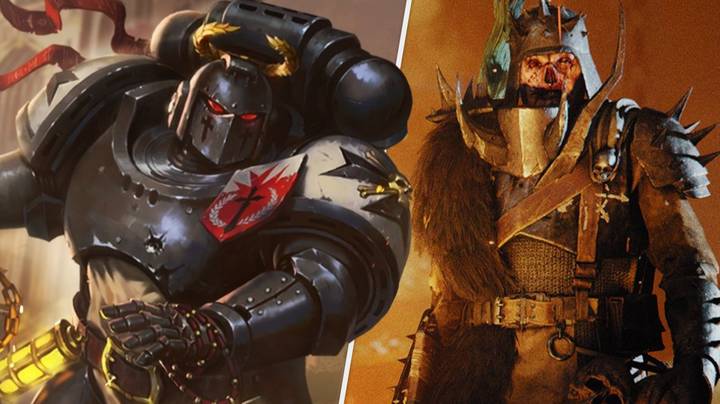 Games Workshop addressed hate groups following controversy at the Warhammer40K tournament held in Spain. The discussion was over a player wearing Nazi symbols on his clothing.

Dicebreaker reported that the player entered under the nickname “Pintor Austriaco” (“Austrian Painter”) and was seen wearing a jacket and shirt that displayed swastikas as well as other Nazi symbols. Players complained about this player’s hateful behavior. The GT Talavera staff told them that there was no identifiable iconography, and they could not remove the player for their political views.

“At this moment, we want to stress that it is not illegal to display Nazi symbols in Spain as long as it’s not accompanied with criminal conduct,” stated the organizers of the Warhammer40K tournament. Instead, if an organization expels this person for his deplorable views (Nazism), then it is the organization that is committing an act of ideological discrimination. It could fully denounce us and have the law on its side.

This hasn’t gone down well with the Warhammer40K community, who feel that extremist right-wing views and neoNazis have been given a broad berth within games of this genre. This statement from Games Workshop doesn’t refer to events at GT Talavera. However, it reminds players that hate of any kind is not permitted in these spaces.

“We believe in and support a community that is united by mutual values of kindness and respect. The fantasy worlds we create are dark and bleak, but this is not how we see the real world. “We won’t accept or condone any form of prejudice, hatred, or abuse in our company or Warhammer hobby.

You will be asked to leave if you behave in a way that is not allowed by Games Workshop, such as wearing symbols from hate groups or other offensive symbols, at any Games Workshop event. We won’t allow you to participate. We don’t need your money. We don’t want your money in the Warhammer Community.”

The Imperium of Men was used as an example.

Games Workshop invites event organizers to contact the Events Team if they encounter anything similar to the events at GT Talavera. They will be able to offer any support they can, and it also encourages other event organizers to join its fight against hate in tabletop gaming.