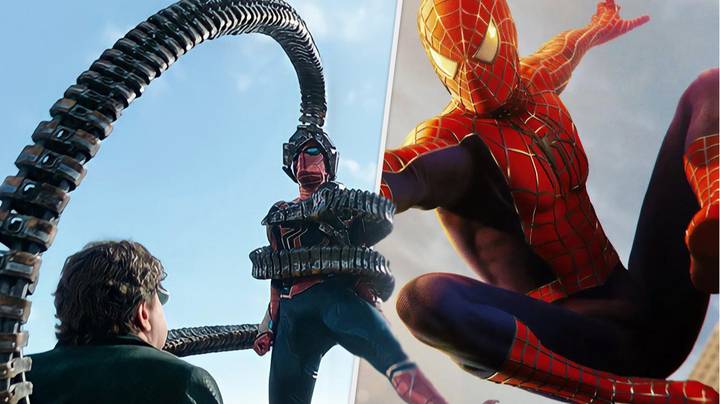 Spider-Man – No Way Home‘s 15 December release date is rapidly approaching and Sony is really getting its marketing in gear. Spidey fans had to sift through a three-minute trailer and a handful screenshots for clues or teasers just a few weeks back. The second trailer has been released and it’s spawned a flood TV spots containing new footage.

This ad has been making the rounds on TV and social networks recently. It gives us a glimpse at some of the major actors in the upcoming movie. Happy Hogan (Jon Favreau), trying to figure out why Peter Parker (Tom Holland), suddenly finds himself fighting off visitors from other universes, is what we see. J.K. Simmons also gives us our first dialogue. J. Jonah Jameson (J.K. Simmons) is frightened by the roaring of The Amazing Spider-Man’s imposing Lizard (Rhys Ifans).

The TV spot isn’t the first to be released. Another teaser shows Doctor Octopus, Alfred Molina, meeting Spider-Man from the MCU for the first-time. Before revealing the identity of the hero, he remarks that Spidey’s “fancy suit” will not do him any favors.

This is a great moment to confirm that Ock believes he’s fighting the Spider-Man of his own universe, played by TobeyMaguire. This clearly confirms that there multiple Spider-Men in the universe and strongly suggests that we will be seeing them before the movie’s conclusion. If that wasn’t enough evidence, take a look at the Brazilian no Way Hometrailer to see who’s punching Lizard.

It’s not possible to believe that December 15 will come too soon.