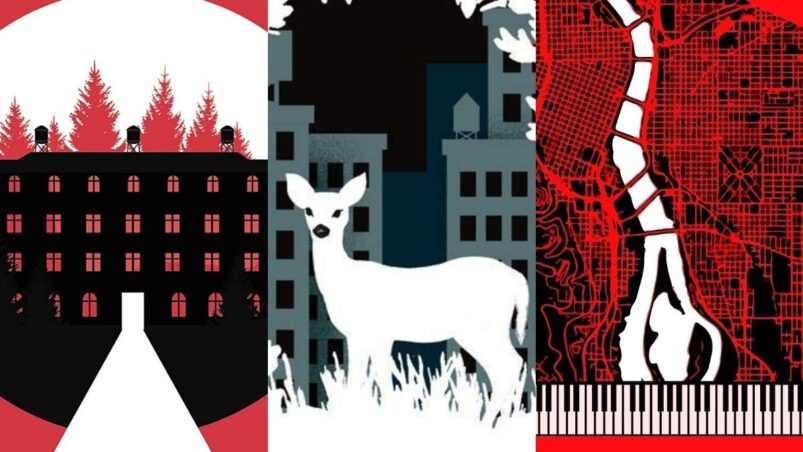 Ten books have been read in the last year that falls under the “apocalypse fiction” umbrella. It might not seem like that many if you’re a massive fan of this genre. But I’m not one. Although I have read many books before 2021, I had to press the apocalypse stories into my hands before I would give them a chance. It’s not that I didn’t like them. Hanna Jameson’s The Last remains one of my favorite books. It wasn’t a genre I was looking for.

I wouldn’t say I liked all the end-of-the-world films as a child. Little Anxious Me believed the meteor was heading straight at us, and I didn’t want to be reminded. I grew older and wiser, but my stance didn’t match what I was looking for.

While I don’t want to compare the pandemic with Armageddon, things changed. They did. We were shocked at how fast life could change. The veil of civilization seemed a little thinner than before.

I was unable to read for much of 2020. It is what I have loved my entire life, and it was hard to concentrate on reading. Even if it meant I had to get back into my routine, I promised 2021 that I would be happier. At the end of 2021, I can tell you that I was successful. Part of my success was due to, surprisingly, finding apocalypse-type stories.

Falkland by Suzy Vitello was the first book I read this year. It was an offer for review, so I wasn’t sure I would choose it. It wasn’t for me, I thought. It was about the same pandemic we were living through, and I didn’t want to read about a world where the author imagined the pandemic being worse. However, I did decide to read it because I have a friend who lives near Portland (where the book is set) and thought it would be fun to see her fictional world.

Falkland was a place I liked, surprise! It was enjoyable, and I liked it. The book is about a miserable family and faces a frighteningly realistic future. But what struck me at the end was that no characters spoke in political euphemisms. It felt like a spade was called a spade and that by finally naming the issues – the rise in the far-right, climate changes – these problems could be managed. Falkland is being ended by people focused on achieving their goals and don’t allow political bullshit to get in the way.

After that, I was hooked and started looking for more.

Surprisingly, a surprising number of books I read were about illnesses. Little Anxious Me would have been shocked to learn that I was reading about sicknesses while they were still occurring. They aren’t the same. Falkland was the closest book to the reality that we live in, but it wasn’t quite the same. Other books like Station Eleven by Emily St. John Mandel and The End Of Men by Christina SweeneyBaird dealt with similar respiratory conditions. Still, they took it further than the current pandemic. Jose Saramago’s Blindness, a different kind of illness, was also included in the mix – along with a variety of zombie-inducing virus books. Although it seems obvious, I found that reading these stories was new to me. It allowed me to take comfort in reading about situations similar but worse to ours.

I discovered that it didn’t matter if the story was in real-time, such as in The End Of Men, Blindness, or Susannah Wise’s This Fragile Earth, nor if it was set after an apocalyptic event, such as Station Eleven or Brianna Bourne’s You & Me At The End Of The World. I felt at home with the real-time books. The post-apocalypse novels were far enough away that I was able to focus my attention on new scenarios and new questions.