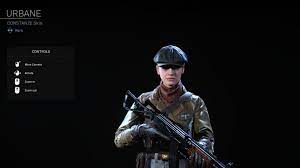 Despite numerous bug fixes and a nerf to the Automaton assault weapon, the December 15th update for Warzone was not a smooth ride. Raven Software released this update in the hopes of fixing several issues, but it seems that it has caused more problems than it intended, much to the dismay of players who continue to drop into Caldera.

The Awoken Operator skin is another issue. It’s only available to those who have reached Tier 100 of Battle Pass. The skin’s bright orange colour should make it easy to spot in Caldera. However, a new glitch has caused players to become invisible when they use the skin.

Invisibility bugs are not new to Warzone, despite Raven Software making every effort to prevent players from disappearing completely. This glitch was discovered by BennyCentral , Warzone content creator and ex-professional Call of Duty player . He noticed that a player who used the Awoken Skin disappeared after moving 35 meters away.

It doesn’t matter if you’re part of a team or an opponent trying to score a kill. The Battle Pass gives players a significant advantage in long-distance duels, which often occur over the course of a match. Some players pointed out that the Operator Skin is currently pay to win, which is not ideal.

When will the Invisibility Glitch be fixed?

Ravne Software may already be working on a fix due to the massive impact the Awoken’s invisibility properties have on matches. If the fix is released in a future update, players will be capable of spotting anyone wearing the Awoken skin.

You can find more Warzone intelligence by reading the Festive Furor Christmas event.