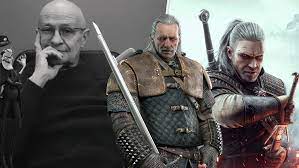 Milogost Reczek (Polish voiceover artist, best known for his role as Vessemir in The Witcher series, among many other projects) has passed away. Reczek, 60, was diagnosed in 2018 with multiple myeloma. This is a form of bone marrow cancer.

Reczek is known as the “Master of Polish Dubbing” and the “King of Polish Voice Acting,” according to Polish news outlet TV24N. Reczek became a teacher in 1985 and then moved to theater. He performed at the Polish Theater of Wroclaw for 20 years and the Dramatic Theater of Warsaw starting in 2004.

Reczek was also a part of several TV series in the 1980s and 1990s and was a frequent presence on radio.

Reczek was also a part of the fantasy epic CD Projekt RED. Reczek has also contributed his talents to many high-profile projects. He was the Polish voice for Obi-Wan Kenobi, Talos, in Marvel movies, as well as Homer Simpson in Fox’s Polish version of The Simpsons.

Reczek’s passing was not only shocking but also profoundly saddened Witcher fans. Film Reddit mourned the loss, which many users called Poland’s most distinctive voices actors. Twitter also recognized Reczek’s contributions to the industry and called him “one of the greats.”