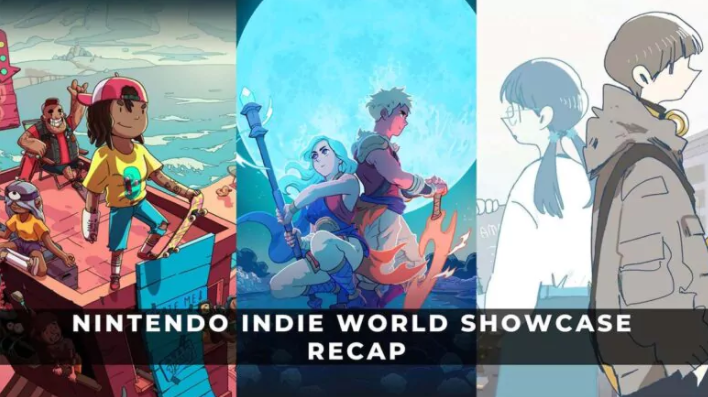 It is fun to imagine what the next year will look like as we get closer to the end of the year. What are the most prominent indie games? What PC games are coming to the Nintendo ecosystem soon? This is a list listing everything we saw at the Nintendo Indie World Showcase 2021, beginning with announcements of new games.

A LOOK AT THE FUTURE

The Messenger developers have announced a new title, Sea of Stars. According to the creators, this new title is set in the same world as their previous game but doesn’t require any knowledge of the original story. Sea of Stars is a turn-based role-playing video game that inspires the SNES classic Chrono Trigger. The game is visually reminiscent of that title. Some music was composed by Yasunori Mitsuda, who also wrote ChronoTrigger and Chronocross. The game will be released in holiday 2022. You can see the trailer below.

The second show’s new release was Aiisha, The Oblivion of Twin Goddesses. This puzzle adventure game is about playing twin sisters. Each character plays differently and can be played solo or with a local coop. The game will use the motion control and touch controls options on the switch to help the player navigate various challenges. Aiisha – The Oblivion of Twin Goddesses will be released in spring 2022.

Loco Motive was another game I found quite enjoyable. Brought you by indie studio Robust Games. This point-and-click adventure takes place aboard a train in the 1930s. It features 3 playable characters with voice acting and throwback pixels reminiscent of classic games in the genre like the Monkey Island titles. This game should be available for purchase in the summer of 2022. Check out the trailer.

We are now getting a new game from the same developer who brought us Coffee Talk and What Comes After. The gameplay is a mix of rhythm and visual novel. The story takes place in Jakarta, Indonesia. It revolves around the protagonist’s attempt to rebuild his life following the tragic death of his partner. There are many endings to the game, depending on how the player chooses. Right now, the release date is in summer 2022. You can also see the announcement trailer for its hand-etched art style.