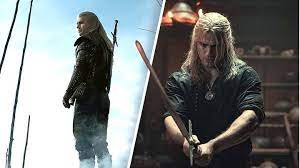 Season two of The Witcher was released on Netflix less than a week ago. It has received mixed reviews. Some significant deviations from the source material have occurred, and not everyone has been happy with it (although the author of the original short story series is okay with it). It seems that season three is well underway.

TechRadar showrunner Lauren Schmidt Hissrich said that “Actually, this is our last week in the writers’ rooms.” Incredibly, we’re nearly done with the scripting phase. Because it is based on my favorite book in the saga, Time Of Contempt, I am thrilled with how the season is coming together.

However, that doesn’t necessarily mean we won’t be seeing the third season anytime soon. She explained: “I feel like the seasons one and two have been laying a foundation for everything great that’s about come.” The creative process is just beginning. Now that we have the scripts, we will bring the directors and the actors back in and dive in deeper, reflecting and ensuring it’s the perfect season.

So, that’s exciting. It only was confirmed the third season back in September. It was also announced that there would be a second animated feature film and a new Kids and Family Series set within the world of The Witcher. Yes, I am as confused as you about the last one – The Witcher is not exactly family-friendly.

Season three is still not due for release. There was a gap of two years between the first and second seasons. If that pattern continues, it would seem we may not see the third until 2023. The second season of Witcher was delayed by Covid, but season three may be released soon. Thanks to Omicron. There is plenty of Witcher content coming to our screens in the future, so there are lots to look forward to.