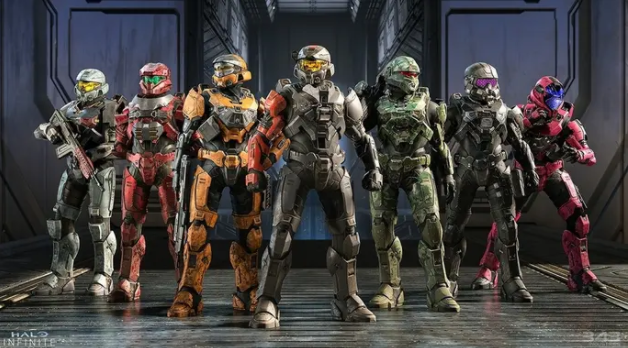 Halo Infinite has been made fully playable. The multiplayer beta and campaign modes are now available. Fans have been eager to see what the final product will look like. The game will last for a long time, with the Forge and co-op campaigns coming later in its life span. Apart from the Battle Pass, progression and Halo Infinite Battle Royale, the multiplayer mode received a positive reception.

It’s known that Halo: Infinite offers a Free Play multiplayer. We don’t know if this mode will be included in the final game or not. It’s likely to be a large download if 343 adds this popular mode to the game.

Is there a Battle Royale Mode for Halo Infinite?

A datamine from ResetEra suggested that a Halo Infinite Battle Royale was possible. A datamine taken from the Halo Infinite preview revealed that it sounded just like Jeff Steitzer’s announcer. He said the words “battle royale” as if it were the beginning of a new match. Microsoft and 343 Industries are yet to comment on the data found in the beta game.

This is not a confirmation of a BR mode coming to Halo Infinite. There are many possible explanations for why the audio file is there. Do not get too excited! We are still waiting for the delayed Campaign Co-op and Forge Mod.

Why it Should Happen

This Battle Royale may end up being part of the Free-to-Play multiplayer of Halo Infinite, but it could also be an exclusive feature to the main title.

We have also seen TimTheTatman suggesting that Halo Infinite could be a great Battle Royale.