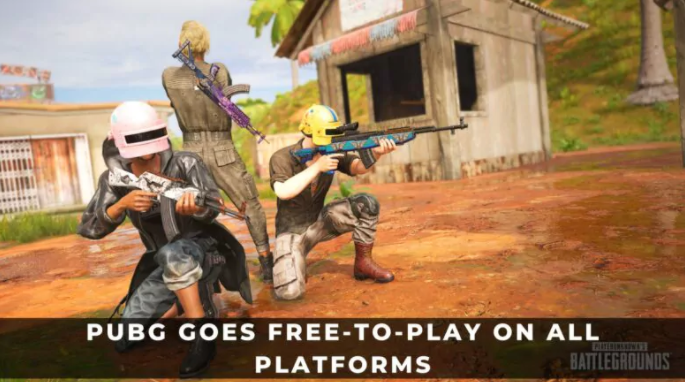 PUBG IS FREE TO PLAY ON ALL PLATFORMS

PUBG IS FREE TO PLAY ON ALL PLATFORMS

PUBG Battlegrounds is now free to play online battle royale game, almost five years after its original release. Although the developer had announced the switch at the Game Awards last year, the changes were only made effective this week.

PUBG has been widely acknowledged as the one who started the online battle royale trend. This includes the hugely successful Fortnite. PUBG was different from other F2P titles in that it was a paid-upon title. It was clear why Apex Legends and Fortnite had to be paid for.

Developers are now working to attract new players and recover some of the lost players by offering the game for free. This change affected all platforms and was implemented on 12 January.

All players who have paid for the game will be automatically given a commemorative package to compensate them. You will receive a commemorative pack that includes in-game rewards such as new skins and a free upgrade Battlegrounds PLUS. You can find all the bonuses and instructions for claiming them on the official site.

The update introduces the Plus system. This provides additional content for players and a new revenue stream to developers. The price for this one-time purchase is USD 12.99, and it is not a subscription. It will give players custom access and ranked matches, and an increase in experience points. You will also receive a variety of cosmetic items.

Advertisement
PUBG IS FREE TO PLAY ON ALL PLATFORMS