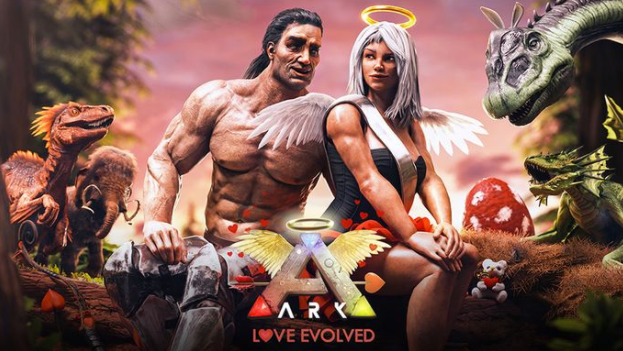 ARK Survival Evolved may not have significant expansions planned for 2022 – Genesis Part 2 is the last expansion – but Studio Wildcard won’t stop releasing seasonal events. This means that we will soon see the return to ARK Love Evolved, formerly known as Valentines Day. We should once again see ARK fall under Cupid’s spell. You can expect lots of new rewards and reintroductions to existing content. When will the next ARK Love Evolved Event begin? This is everything you need to know.

In the game’s next blog post, Cedric, Ark Survival Evolved’s Lead Community Manager, has confirmed that Love Evolved will be revealed.

These blogs usually drop on Friday nights or Saturdays, depending on your time zone. We believe that the information will be available later in the week. The release is planned for mid-February. We will have more details later in the week.

We are now less than a month away from the release date of ARK: Love Evolved3. Studio Wildcard is known for announcing new events, and we expect to find out more details about the Love Evolved event in an ARK Community Crunch blog posting. Details should arrive with Community Crunch 302 and be available to fans on February 5, 2020.

When does The Love Evolved3 Event begin?

It’s worth looking at past events of ARK Survival Evolved to get an idea of when the next Love Evolved Valentine’s Day will begin in 2022. Here are some quick reminders of how Love Evolved began and ended in previous years.

Previously, the ARK Valentine’s events start and end times varied a lot. However, Love Evolved has made it more consistent in recent years. The ARK Love Evolved event started on February 11, and ended a week later, as you can see.