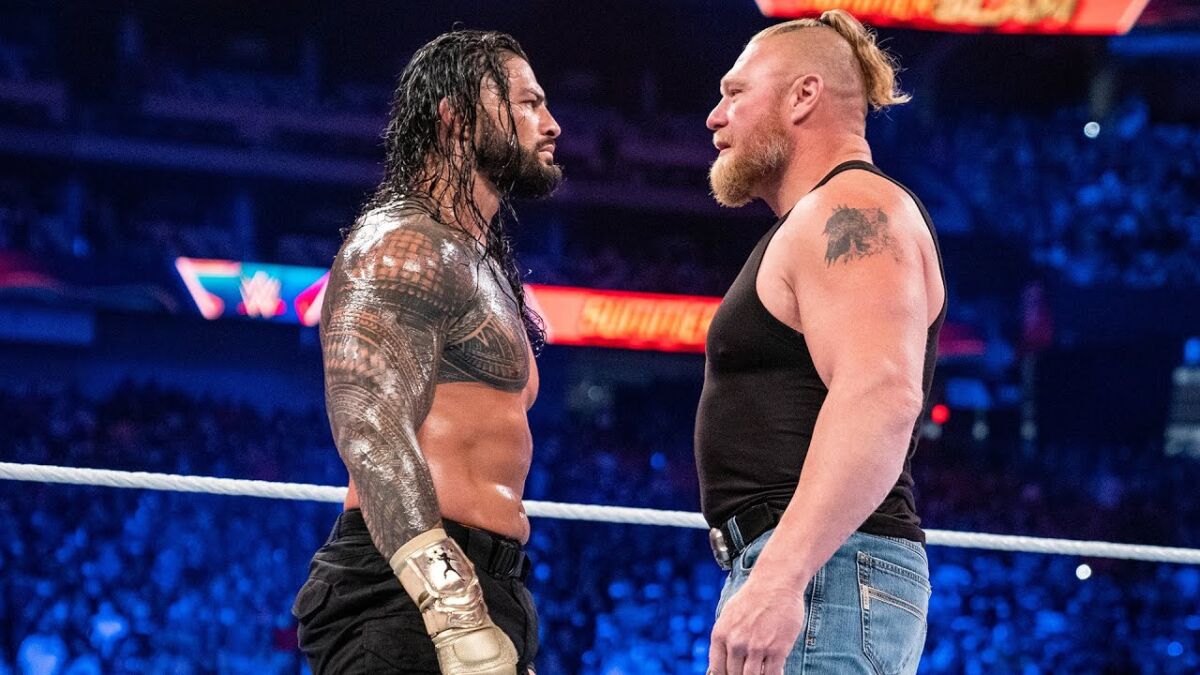 2022 looks promising with the dream feud between Brock Lesnar (Bobby Lashley) set to take place at the Royal Rumble. With such a strong roster, even though 2021 has been released, there is plenty of potential for WWE to put together big matches throughout the year.

Despite the difficult experiences shared during the pandemics, WWE rebounded strongly in 2021. We saw some amazing draws such as Roman Reigns vs John Cena at SummerSlam, and the equally impressive main show of WrestleMania night 1 between Sasha Banks, and Bianca Belair. WWE has set a high standard for the coming year.

Let’s get excited about some big, iconic WWE matches that could be the mainstay of pay-per-views in 2022.

With Lesnar now WWE Champion and appearing for RAW, there is the possibility of a Reigns/Lesnar feud being picked up during Wrestlemania season. We’ve seen them battle at Mania twice before. However, the possibility of this match is greater than ever with Reigns’ new persona that makes him one the most watched wrestlers in the world today.

Lesnar has also been regaining his form since the summer. Let’s hope for a fierce battle between bitter blood rivals that will get us all ready for the remainder of the year.

Gable Steveson, the Olympic gold medallist, has been a topic of conversation in WWE fan communities. Many speculate that he will be making his RAW debut sometime around the Rumble event. Steveson has only briefly appeared on WWE TV to remind the audience that he is there. Steveson, along with other scouted college wrestlers, has been training in the First Next In Line class.

Why is this match so important? Gable’s only interaction on RAW was with MVP, shaking hands with MVP suggesting a possible partnership. Instead, we will see a babyface Steveson choose to follow the righteous course and avoid Lashley and his manger, drawing the ire from ‘The All Mighty.

Lashley would be a great opponent for the debutant. He will provide Bobby with a match in Wrestlemania after he has been crowned WWE Champion in 2021.

This would be a huge success on the big platform, no matter how you view it.

Advertisement
Five WWE Matches We Wish To See In 2022