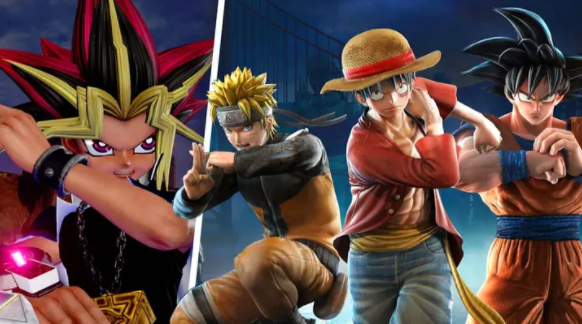 Jump Force has been removed from digital storefronts for ever

Jump Force has been removed from digital storefronts forever

We lost a legend overnight. Although it’s not a legendary game, it was still an enjoyable one. It received over 20,000 positive reviews on steam. That’s pretty impressive. It appears not Bandai Namco.

Jump Force is the big anime crossover fighting game that features many manga and anime characters, such as Naruto, Dragon Ball and My Hero Academia. You can see All Might, Son Goku, and Sasuke in action, but I’m not quoting.

They will be closed between August 24th and 25, depending on where you are located. PC Gamer says that you can still play online against your friends after this date. However, ranked matches will no longer be available.

All DLC purchased before being removed from the storefronts will still be valid, so don’t worry. All offline modes of the game will be available, as well.

Strangely, the reason for the game’s removal has not been explained. It is possible that the game was not profitable enough to continue, although that seems extreme considering it is only three years old and has received a lot of good reception.

There is no talk at this time of a sequel. It would be reasonable to assume that they would want to do that since there is no other way to purchase the original. Rest in peace, Jump Force – we hardly knew you.

Advertisement
Jump Force has been removed from digital storefronts for ever