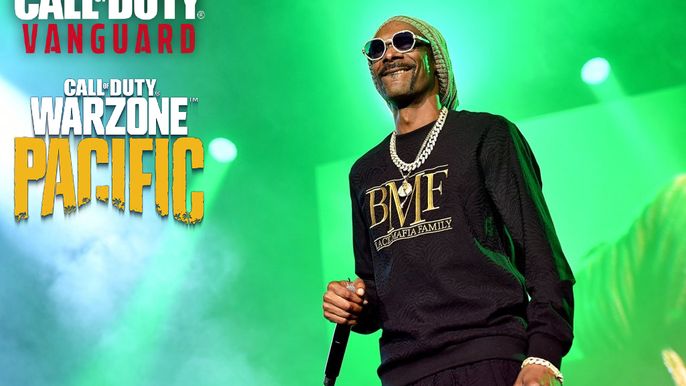 Crossovers are not something that the Call of Duty franchise has been known to do before. Collaborations with Die Hard, Scream and The Texas Chainsaw Massacre have been done before.

If recent leaks indicate, a famous face will be appearing in both Season2 of Warzone Pacific or Vanguard. Notable leaker @ZestyC0DLeaks claims that Snoop Dogg, the legendary rapper, will be arriving in the near future.

Fans should be careful with leaks, but the leaker found artwork that relates to the new season along with the popular Attack on Titan bundles.

The leaker quickly shared an image online showing the rapper in a leather jacket, trilby hat, and sunglasses. The image may be concept art for Operator, which will mark Snoop’s second appearance in Call of Duty.

Snoop Dogg made his Call of Duty debut with Ghosts 2013. Players could buy a voice pack which changed the voice lines to the rapper. Imagine Snoop showing off an enemy UAV that is overhead.

When is Snoop Dogg coming to call of duty?

Snoop has not yet released a date, but it is likely that the rapper will be arriving in Vanguard or Warzone during Season 2. Call of Duty has a lot to learn from Snoop. The deal could open up the possibility for other musicians to be included in Call of Duty. We’ll have to wait and watch.