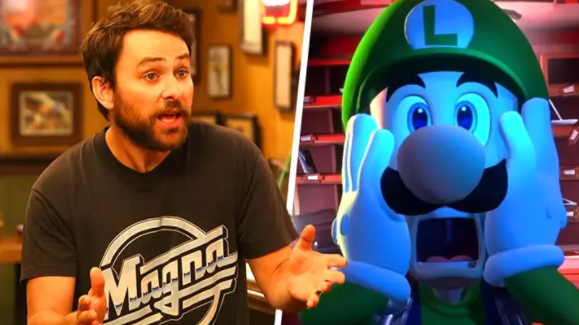 Charlie Day Wants to Star in A ‘Luigi’s Mansion’ Film

Charlie Day Wants to Star in A ‘Luigi’s Mansion’ Film

In case you didn’t know it was there, Illumination’s (currently untitled Mario movie will be released sometime this year. Excited? Are you excited?

It’s not clear what we know about it, except for the cast. And , what a cast! Star-studded? Arguably, yes. Good? No, not really. In what could only be called the most bizarre casting decision ever, Chris Pratt is speaking Mario. Is that what it is going to sound like?! Jack Black is Bowser which is slightly less strange, but still quite bewildering.

Mario’s younger brother Luigi will be there as well. Charlie Day, the It’s Always Sunny In Philadelphia star (who is of Italian heritage) will be his voice. According to ComicBook it seems like the actor would love to see more Luigi action, beyond the chaos Illumination will bring.

When asked about the possibility of appearing in a Luigi’s Mansion film, he replied, “Yeah. My son was just playing Luigi’s Mansion on his Switch the other day.” “Look, I’m excited to have the chance, I grew-up playing Super Mario Bros. We’ll see, as did everyone else I know. Like everything else in life, if invited I will go!

The trailer for Mario has not been released yet. I expect chaos on the internet when it does. The film will be released around the end the year.