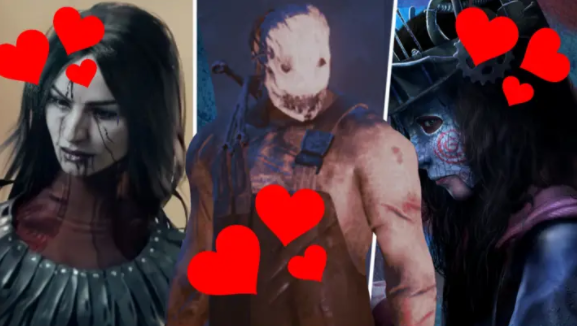 A “Dead By Daylight” Dating Sim is in development

A “Dead By Daylight” Dating Sim is in development

It is a mix of survival horror and dating simulation. It is rumoured that it may be coming soon. Behaviour Interactive has discovered a trademark in Canada that suggests they could be looking into a Dead By Daylight dating game. Although the details are sparse, the idea is still horrifying.

The original discovery was made on the subreddit , r/LeaksAndRumours, by u/LongJonSiIver. Apart from the name, which is quite punny, very little information is available about the possible murderer-themed love fest. The Hooked on You: A Dead by Daylight Dating Sim is what Behaviour chose to use. Reddit is an anonymous forum, so any information you see here should be taken with a grain of salt.

A little evidence supports the idea that this nightmare is on the horizon. In August, Pyramid Head appeared in the survival game. Although the developer claimed that it was only a modification to his costume to make him more visible, many fans believed the change gave him a thick booty.

Although redesigning James Sunderland as the physical embodiment of his unconscious desire for punishment to make him very sexy doesn’t prove that a dating sim will be available, there are still more pieces to this puzzle. The leaks were revealed when Pyramid Head’s original design Masahiro Ito posted “I wish that I hadn’t designed the fxxkin Pyramid Head”.

He has often spoken out against the actions of Konami with his character. Originally tied to Sunderland, Konami has attached the butcher on any merchandise or game that will feature him. Fans were allowed to peek beneath Mr Head’s apron, but it seems that this was too much.

Advertisement
A “Dead By Daylight” Dating Sim is in development