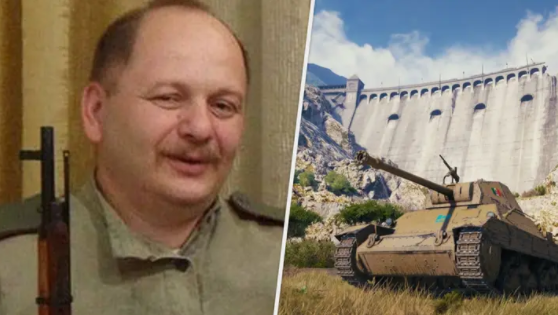 Burkatovskiy stated that he supports “the operation of the Armed Forces of the Russian Federation and the DPR [Donetsk People’s Republic]” in a Facebook post. (via Eurogamer).

“Sergey Burkatovskiy voiced his opinion on social media, which categorically doesn’t reflect the company’s position,” explained a Wargaming representative. “He was fired and is no longer employed by the company.”

Many of the staff at Wargaming Headquarters in Belarus are Ukrainian. The studio gave 30 million hryvnias ($1m) to support humanitarian aid in the face of Russia’s continuing invasion.

It has also decided to temporarily eliminate tanks and other military vehicles advertising globally. The company will not advertise in Ukraine right now, as it believes it is inappropriate to promote its games during a war.

“The safety and security for our employees is a top priority at Wargaming.” “All available company resources are currently supporting our 550+ employees: alternative housing, early salary payments, and additional funds to aid travel, relocation, and relocation.” A statement was confirmed.

“We help our employees’ families travel to neighboring countries by arranging accommodation. Last but not least, today, Wargaming Kyiv donated $1 million to the Ukrainian Red Cross. These funds will be used to support Ukrainian doctors and hospitals, displaced citizens, and other essential activities of the humanitarian organization as needed.