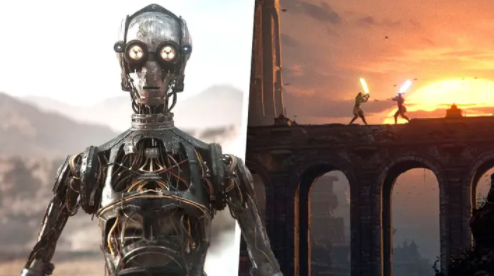 According to reports, ‘Star Wars: Eclipse” has been delayed until 2027

According to reports, ‘Star Wars: Eclipse” has been delayed until 2027

Oh, dear. The unveiling of Star Wars Eclipse was a huge success for Star Wars fans. It’s not known much yet but we do know that it has stars and wars. Beats me.

Quantic Dream is developing the game. They are a French studio best known for their narrative adventures like Beyond and Detroit. However, they may be even more well-known for being somewhat questionable. Due to the 2018 reports regarding its working environment, the studio suffered a very bad reputation. This raised questions about how the development of Star Wars Eclipse would go.

It seems that things aren’t going well. A prominent industry insider Tom Henderson’s report on Xfire suggests that we may not see the game release before 2027 or 2028. Why? According to some reports, the game was made public so that more staff could be hired. It doesn’t appear that this worked.

The report states that the studio has over 60 job opportunities in Paris alone. This suggests that people don’t want to move to Paris to work for them. Another possibility is that Eclipse was announced early to lure other large companies into purchasing the studio. This doesn’t seem to be too far away. 2022 appears to be the year for gaming acquisitions.

The trailer looked very promising, so we can only hope the game is actually good. An insider claimed that some of the prototypes for the game’s gameplay are based on The Last of Us. This is a crossover that I didn’t see coming. However, it sounds like we will be waiting a long time to find out if this is true.

Advertisement
According to reports, ‘Star Wars: Eclipse” has been delayed until 2027