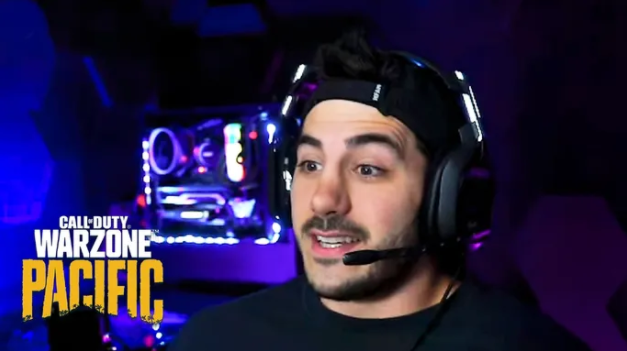 Popular streamer Nick “NICKMERCS” Kolcheff has no problem expressing his disinterest in Warzone. The streamer has enjoyed other battle royale titles like Apex Legends and rarely goes to Caldera.

NICKMERCS revealed that he would be returning to Warzone after the Season 2.5 update. This was much to the delight and surprise of the community, who were wondering if he had abandoned the game.

After only a few matches, the streamer ended the Warzone action and returned to Apex. Despite bantering with his teammates, he was back in Apex within minutes.

Nick lost interest in the game after he was shot from the air. He watched his teammates struggle, and the streamer stated that he would “play my f**king games.”

The streamer was repurchased by his team and headed to a Loadout Drop but was almost immediately eliminated. He then left the voice call and loaded into Apex Legends again.

Will NICKMERCS Return To Warzone?

The streamer’s frustration on his return to Caldera is a sign that he doesn’t expect fans to see him in Warzone again soon. NICKMERCS isn’t secretly unhappy with the game ever since Vanguard was integrated, but he has found his way in Apex so far.

We could see Warzone 2 released later in the year. However, Apex Legends will be where NICKMERCS can show off his skills until then.