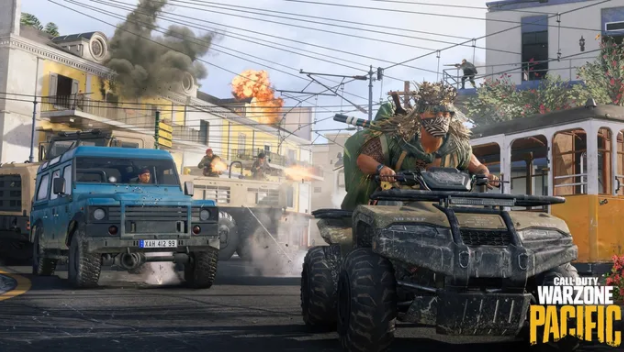 It is harder to destroy warzone vehicles

Warzone receives regular updates to improve different elements of the battle royale. Some updates fix bugs and glitches. Others can have a significant impact on the constantly changing metagame.

Season 2 is nearing its halfway point. Raven Software appears to be making many changes to the game in preparation for the next significant content drop.

Players claim that the developer has increased vehicle health to make them more difficult to destroy in matches.

Although no changes in vehicle health were mentioned in the patch notes, a Reddit posting by ‘fletchthe2nd claims that degrading a helicopter during a Warzone match takes more ammunition than usual. This suggests that a vehicle buff has arrived.

Before the update, one piece of C4 or rocket from a rocket was sufficient to destroy a helicopter. But now, it takes six missiles. The increase in health is not limited to helicopters. One commenter claimed that the rise in health had affected all Warzone vehicles. “I blew up 2 C4s on my car, and it did nothing to it.”

What will happen to Warzone Vehicle Health?

Raven Software may have made the changes to vehicle health by accident. There’s a possibility that the change was accidental, given that Vanguard’s PPSH/Bren was accidentally boosted by the developer.

The change has caused frustration among players. Developers have the opportunity to reverse the changes before they become a problem for the entire community.