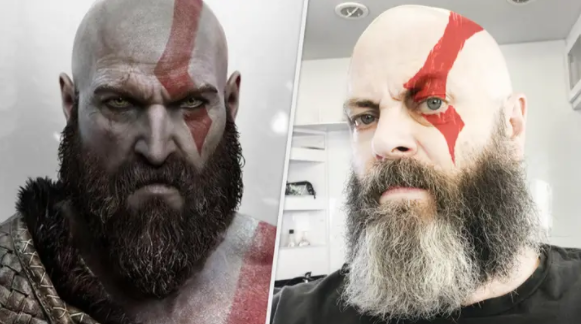 A God of War TV series has been confirmed, and I couldn’t be more excited about the possibilities.

Recent reports indicate that Sony and Amazon are in talks to bring a live-action version of the popular PlayStation series on Amazon Prime. Together with Sony Pictures Television, PlayStation Productions and The Expanse creators Hawk Ostby and The Wheel of Time executive producer Rafe Judkins, they are currently involved in the project.

Although it is still early days for this series, it seems certain that a God Of War TV show will be produced. Ratchet and Clank, Uncharted have all been adapted. The Last Of Us is also being developed. Twisted Metal TV series is also in development. It doesn’t matter if it’s Amazon Prime: Kratos will be on our screens soon.

This raises the important question: Who should play Kratos? Jason Momoa with his powerful muscles and impressive beard, or should it be Dave Bautista? Perhaps Dave Bautista with his quiet intensity. I laugh. It should be Nick Offerman.

Most famous for his role as the stubborn Libertarian Ron Swanson, Offerman is a strange choice to play Kratos. But, it’s a good choice. Fans are calling for Offerman to play the role. It’s easy to see why if you think hard.

Offerman is most well-known for his comedy acting, but he can also be a skilled dramatic actor. While Offerman is best known for his comic acting, he has also been seen in Fargo and Devs. I have no doubt that he will break our hearts as Bill in HBO’s The Last Of Us next year.

Offerman is a master at balancing cold indifference and moments of genuine warmth, kindness, making him an ideal choice to play the older Kratos from 2018’s God Of War. He is also an experienced outdoorsman and woodworker which would add a humorous layer to the show. He doesn’t have to pretend to be able to cut down trees or make a canoe. He can do it.

This casting, which started out as a joke, could turn into a brilliant choice that elevates God Of War TV to a whole new level. Sony, the ball is in your court.