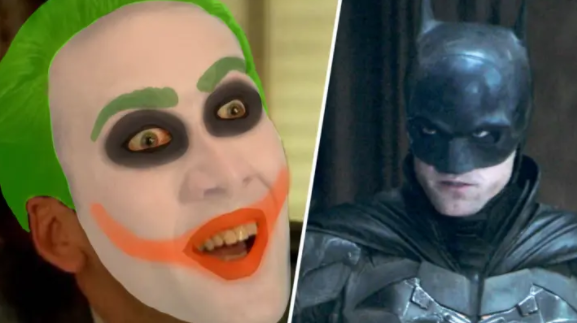 Nicolas Cage knows exactly which villain he wants to play in the upcoming Batman Films.

The Batman is out now, and Robert Pattinson’s take on it is doing ever-so well.

It was not only one of the most highly-rated DC movies of all time but also did exceptionally well at the box office. It’s not surprising that Warner Bros. is looking at the possibility of a sequel to their latest version. Robert Pattinson knows who he wants to face, including the evil society of the Parliament of Owls and the cold-blooded serial killer Calendar Man.

Nicolas Cage, a brilliant actor, has revealed which role he would love to play in the sequel. The Best Actor Oscar winner, SW, revealed his preference for the villain in an interview (transcribed by IGN).

“We have this (movie), Robert Pattinson, as the Batman. I’m very excited to see it. Although I haven’t yet seen it, I believe he would be fantastic. I would love to play Egghead, the villain Vincent Price played in the 1960s TV series. I believe I can make him terrifying. I’ve got a plan for Egghead. Let Warner Bros. know that I am available for Egghead.

Egghead is a villain on Batman TV Show – back in the day, Adam West was the Batman TV Show’s goofy spandex-clad version of Gotham’s greatest detective. Egghead is self-described as the world’s smartest criminal. His signature trait is his style of speech, in which he sprinkles egg puns throughout each monologue (pun intended).

He also has a stash of egg-shaped capsules filled up with different gasses to bombard his enemies. If you want to see Nic throwing egg bombs and maniacally screaming catchphrases like eggcellent and egg-zactly, then call Warner Bros. to let them know that Nic is down.