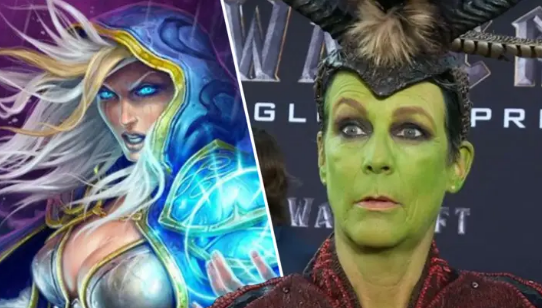 While many people think their mums are cool, Jamie Lee Curtis is the one that believes geek culture is more interesting.

Lee Curtis is no stranger to a love for the unusual. She is a scream queen who earned her title through her performances on Halloween. On Jimmy Kimmel Live, Ruby, her daughter, announced that she asked her to officiate Cynthia and Ruby’s wedding. She is dressed in World Of Warcraft cosplay. She happily accepted the offer.

Jaina is an admiral of the alliance and one of the main protagonists in the Warcraft series. Lee Curtis wasn’t pretending to know much about Warcraft, but it was not her first experience in cosplay. She wore an Orc Shaman costume to the premiere of WoWfilm Warcraft in 2016.

She also admitted previously to attending BlizzCon, which honours all that is World Of Warcraft. To conceal her identity, the horror actress admitted that she attended the events disguised in different races of the franchise. She attended the 2015 event disguised as an undead, wearing full makeup and a rubber face mask.

Lee Curtis was concerned that her dress would not make it to her on time for the wedding. According to her, the seamstress she hired to create the cosplay for Etsy lives in Russia and is experiencing supply problems due to the ongoing war.