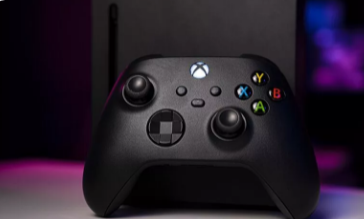 Although the Xbox Elite Series 3 controller has yet to be revealed, it seems logical that Microsoft could update this beloved gamepad. Although the Elite controller comes at a higher price, it has impressive features and is worth considering for those who take their console gaming seriously.

The Series 2 Xbox Elite isn’t much different from the original model. We saw the series 2 with a matte black finish. The paddles felt smaller and more responsive. The series II controller came with a rechargeable battery that can last for around 40 hours.

It was mostly the grip materials being changed/added, making an already solid pad feel firm in your hands and perform well. The Elite 2 model had the ability to adjust tension in the thumbsticks. It also used a USB cable instead of the micro USB. This is something we expected to see in Series 3.

When is the Xbox Elite controller Series 3 due to be released?

Although we are entering the second year of the Xbox Series Xand Series S, there is still no information on a Series 3 Elite controller’s release date. The Series 3 was launched in October 2015. The Series 2 controller launched in November 2019.

However, this doesn’t mean that we will be waiting as long. It would make sense to launch them at the same time Microsoft’s mid-generation console launch (if one is).

This would mean that our release date prediction would be closer towards the End of 2023, before any major upgrades to the controllers.

From release, the Xbox Elite Series 3 controller will likely cost $200+. These controllers are expensive, with the Series 2 or SCUFInstinct Pro being similar.

We will have to wait to see if the high-end technology upgrades are worth it, but we can expect to pay a lot for this luxury.

We can get a glimpse at the technology behind the Xbox Series 2 Elite, PS5controllers and the SCUF Instinct pro to see what we might be able to expect.

Many are anticipating a share button to be added to the Series 3. We would also expect smoother sticks with the addition of GuliKit joysticks. GuliKit is a revolutionary way for joy-cons to be upgraded by replacing controller drift using hall sensors. Although it is not clear if the implementation will be worthwhile at this stage, the new tech would basically make the mechanism non-contactable.

The conductor detects the voltage fluctuation when a magnet is within its proximity. This eliminates the risk of controller drift since the internal components cannot wear down.

The overall design is almost identical, as it’s a proven and trusted shape. There may be an upgrade to the materials that will give you even more grip. Microsoft should adopt SCUF’s modular design with magnetic panels that are tool-free. This allows you to modify, customize and replace parts of your controller quickly.

We can expect a lot of improvement to the current controller.

Will the Xbox Elite Series 3 controller be worth it?

The majority of Xbox users don’t think upgrading to the Elite controller is worth it. While you should be competitive and a hardcore player, the Xbox Elite Series 3 controller has received great reviews.