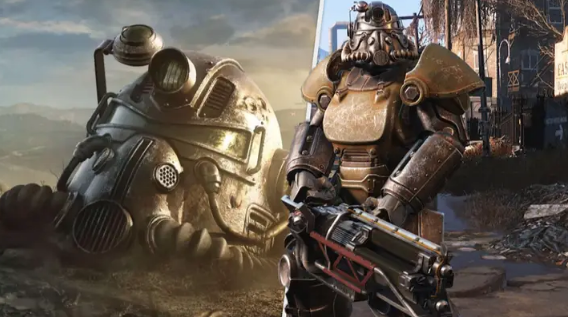 Amazon’s live-action Fallout TV Series has been announced. It’s safe to say that we are excited about the new series.

Amazon and Bethesda announced the collaboration in 2020. They revealed that Lisa Joy, Jonah Nolan, and Westworldcreators would adapt the post-apocalyptic videogame franchise for small screens. The executive producer is Todd Howard, Bethesda’s boss.

An earlier casting call was issued, and filming is expected to begin in just a few months. We now know the names of some faces who will be part of the Falloutseries.

According to Variety, Celia Mendes Jones ( Wheel Of Time) and Kyle MacLachlan( Twin Peaks), respectively, have signed up for the adaptation. However, it remains to be revealed who each star will be for the transformation. They join Ella Purnell ( Yellowjackets) and Walton Goggins(Ant-Man and The Wasp) as cast members.

This cast is solid so far. I am incredibly excited to see the fantastic MacLachlan brings to Fallout. The series may adopt any of the games’ stories or take inspiration from the characters and world to make their own. The former, I would wager, but we will have to wait and watch.

Joy and Nolan stated that Fallout was “one of the greatest games series of all-time” back in 2020. “Each chapter in this imaginative story has cost us many hours that we could have spent with our family and friends. We are thrilled to be partnering with Todd Howard and other brilliant lunatics from Bethesda in bringing this huge, subversive, darkly humorous universe to life through Amazon Studios.”

Howard said, “Over the past decade, we looked into many ways to bring Fallout on the screen.” “But it was evident from the first time I spoke with Jonah, Lisa, and Kilter a few years back that they and their team at Kilter were doing it right. We are huge fans of their work, and we couldn’t be happier to work with them and Amazon Studios.