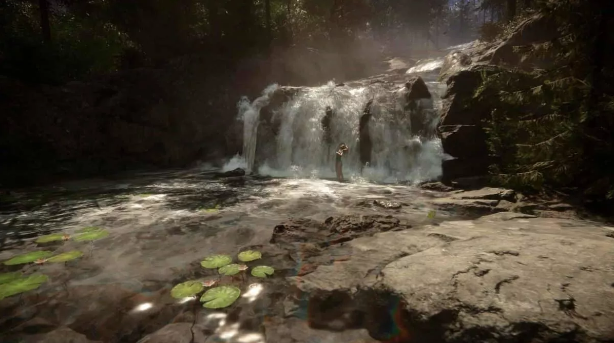 The first The Forest game received overwhelmingly positive reviews. This unique survival horror game allows players to play as the sole survivor of a passenger plane that crashes into the forest.

Sons Of The Forest is attracting a lot of attention. The creators have released a handy trailer for the game’s official gameplay.

Trailer for Sons of the Forest
Now we have an official trailer for the game. It’s available to view in its entirety below.

Survival games are prevalent right now, and Sons of the Forest will continue the success of the original title.

Sons of the Forest

You are sent to search for a missing billionaire, and you end up on an island populated by cannibals. In this new survival horror simulation, you can build, craft, and survive alone or with your friends.

The Forest 2 Release Date – Sons Of The Forest

Update: A new update has been released on the Sons of the Forest date.

The release date for the new version is October 2022. This news is based on the latest Tweet from EndNight Games.

The Sons of the Forest 2 release date was delayed because the devs were radio silent. The game’s development is quite quiet.

The devs posted an update on Twitter. We have been informed that May 20, 2022, has been set by a source close to the developer.

As per the above, this has been rescheduled. You can follow the Twitter account of the developer to get the most recent news about Sons of the Forest.

We now know the release date of the game. We’ll probably get more information through the game’s marketing promotions, including upcoming teaser trailers.

After several leaks, the news about the information came after it was reported that the game would drop in the Halloween 2021.

We are still waiting for further delays.

Is Sons of the Forest a prequel or sequel?

Nothing has been released that suggests that Sons of the Forest would be preceded by events in The Forest.

Some theories suggest that the game could follow a similar timeline and include more of Timmy, missing in the plane crash. However, we guess it will arrive as a traditional sequel and set after The Forest.

Is Sons of the Forest in danger?

It was recently announced that the game will be delayed further until 2022.

The game is currently severely delayed, but we believe this will be the final major delay in its development.

What is Sons of the Forest?

The second Forest game, if you didn’t know, is a continuation of the survival horror genre.

This is an open-world game that you can explore at your own pace. Just keep your eyes peeled, though.

Sons of the Forest to cross-platform?

The game’s status is still unknown. However, The Forest was originally developed for the PC platform and later ported to the PS4.

It’s not surprising that this series is so popular; it’s no surprise that the Sons could be coming to PS5.

Could Endnight incorporate multiplayer into Sons of the Forest
Although we hope so, we aren’t sure what it would look like.

We are happy to confirm co-op, but we’d love to see FPS-style Vs. Action, perhaps reminiscent of the Far Cry days.

Sons of the Forest will witness the return of mutants and maybe cannibals
Mutants were an interesting part of Forest, as players will be able to see.

Developers have confirmed that mutants like Cowman and Virginia will not be returning to Sons. However, we will be introducing some newbies.

Endnight confirmed that creepers, or cannibals as they are known, will be coming to the game.

At this point, we have to rely on the trailers.

About Sons of the Forest

We have shared the Steam store page for the sequel. It details what you will be able to do in the Sons.

You have complete freedom to explore the world as you wish. You choose what you do, where you go, and how to survive. You don’t have to listen to NPCs or be forced into doing missions you don’t like. You decide what happens next.

You will find yourself in a dangerous world, where you must fight against mutant creatures nearly human-like and unlike anything you’ve ever seen. Protect yourself and the people you love with stun batons, axes, pistols, and other weapons.

Every interaction should be felt. Break sticks to light fires. To cut windows and floors, use an axe. You can build a small cabin or a beach-side home.

Fresh salmon can be taken directly from the streams in spring or summer. For the winter, collect and store meat. This island is not your only home. As winter approaches, food and resources will become scarcer.

You can survive alone or with your friends. Collaborate to create defenses and share items. To explore the ground above and below, bring back-up.

Advertisement
*UPDATED* The Forest 2 release dates – Sons Of The Forest. Everything we know so far