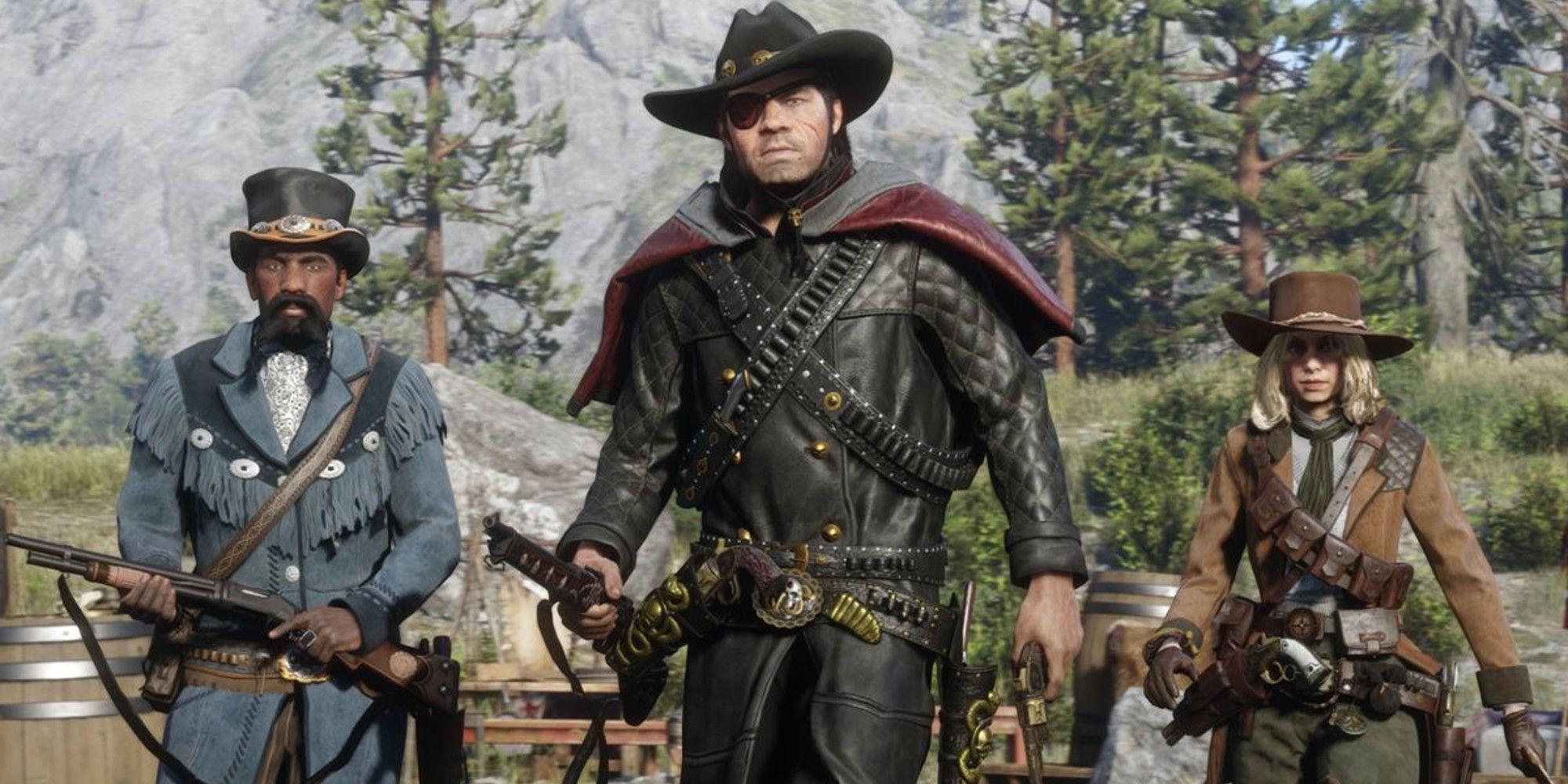 Players who prefer Red Dead Online over the likes of GTA Online are having a rough time since the launch of the cowboy sandbox based on Red Dead Redemption 2’s single-player success.

Unfortunately, many players feel that the former is only there to be second fiddle to them. This sentiment was reinforced by a Newswire article from Rockstar last Wednesday, which laid out plans for both games’ future.

Red Dead players responded to this post by organizing a community event to express their feelings about the current game’s trajectory.

We Gathered Today to Remember the “Death” of an Online Sandbox Semi-Beloved
You might see #RedDeadFuneral in Twitter’s Trending Tab today. This is the rallying cry of players who have decided to log in to Twitter today to host an impromptu funeral for the “death” of the platform.

This has been done by characters wearing muted formal wear and meeting at cemeteries in places like Blackwater or Valentine to drink and reflect on the current state of the title. @RealDirtyTyler summarized the movement by saying, “Today is when the community is paying its respects to a video game that many of our hearts love, and wish we had received more love from Rockstar.”

The Newswire article reveals that Rockstar is “making some changes to how it supports Read Dead Online” and will “build upon existing modes, add new Telegram Missions” rather than “delivering major themed updates.”

Rockstar cites a desire to redirect development resources to Grand Theft Auto’s next game, possibly the GTA6. Rockstar emphasizes the need to “exceed players’ expectations” and make the next Grand Theft Auto game the best possible.

The publisher also stated that they would continue to support the older GTA Online with a large new update adding enhancements to thegame’ss criminal career paths and other community-requested improvements.

This is why Red DeadOnline’ss community seems to be able to organize a day of reflection. Don’t forget your stetson! Get to the local boneyard and pour one. Follow us to get more GTA updates and Red Dead Online news as new content becomes available.