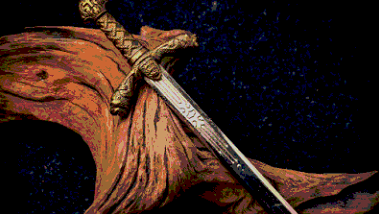 Meta Description: OSRS’ beta worlds are a great and safe way to test the new wilderness bosses without worrying about losing your OSRS GP while getting valuable insight.

Here’s all you need to know about why you should try OSRS’ beta worlds and what they’re for.

OSRS is a fantastic MMO that stands out from all the other MMOs through a close relationship between the players and the game developers, who consider the players’ feedback and adjust their updates accordingly. The players get involved from the early stages whenever a significant update is planned. They are continuously asked for feedback and input, from as little as design and UI, to whether items should be untradeable or tradeable, allowing you to earn OSRS gold by selling them to other players.

Every so often, Jagex wants to further test specific updates before bringing them live in the main game. Therefore, they temporarily open beta servers or beta worlds where you can try out new pieces of content and provide valuable feedback. This gives you the chance to try out new stuff without risking losing your OSRS GP, but of course, without the possibility of earning any OSRS gold.

The Gist of OSRS Beta Worlds

The beta worlds won’t affect your main game since you’ll have a different saved character for it. This is very important for safely testing out new pieces of content without risks and without having to worry that if something goes wrong, it will affect your main game or the amount of OSRS gold on your character. You can try out the reworked wilderness bosses in two open beta worlds. Worlds 403 and 407 are the designated beta worlds where you can try out the new changes coming to OSRS’ wilderness.

You can quickly identify these two worlds through their blue color in the list of open worlds in the world-swapping menu and the world selection interface. Once you enter the world, you will be in Ferox Enclave. You will access several valuable items you’d typically use when adventuring in the wilderness and the new items Jagex will introduce in OSRS as part of the update.

All you need to do is set up your character and head into the wilderness, where you’ll be able to find the reworked wilderness boss layer entrances, as the three reworked bosses have been moved from the surface of the wilderness into their layers or caves.

Test the Boss Layers With Your Friends By Paying Up

You will need to pay a certain amount of OSRS GP to enter the boss layers. Currently, the amount is still under discussion because many players have already given feedback on how adjusting the fee might help prevent unwanted behavior such as scouting.

It’s best to test this with friends because you’ll get a real feel of the difficulty of the reworked mechanics of each boss. This is especially valid since the bosses are now designed to be taken down by small or large groups of players while also having solo-able versions in the lower-level wilderness. This means that with the reworked bosses, their new layers, and the cave escape system, Jagex hopes to bring back to life a crucial aspect of Old School RuneScape’s PvP: multi.

The boss layers are designed to encourage groups of players to hunt these three wilderness bosses or to hunt other players who have been brave enough to bring their anti-pk gear and face the wilderness bosses for a high chance of getting one of their unique drops.

The update currently tested in the beta worlds also means that Jagex is encouraging players to group up and face bosses for higher rewards rather than obliging mostly solo ironman or hardcore ironman to step into the wilderness.

Regardless of which boss alternative you choose, you will have the new uniques they drop to aid you in defending yourself and anti-pk. The reworked rewards represent upgrades of specific wilderness gear and establish a new meta regarding anti-PK and engaging in PvM activities in the wilderness.

OSRS Beta Worlds are for the Curious At Heart

If you’re curious about how the new items feel and what you can do with them, you can test them in the two beta worlds without worrying that you will lose your own OSRS GP. If you tested the items in the beta worlds, Jagex wants your feedback, and you can give it through the official discord, for example. The only reward you can get is in the form of getting to test and wield the new upgraded weapons and wilderness rewards. You won’t retain any items, XP, or OSRS gold for your main OSRS account.