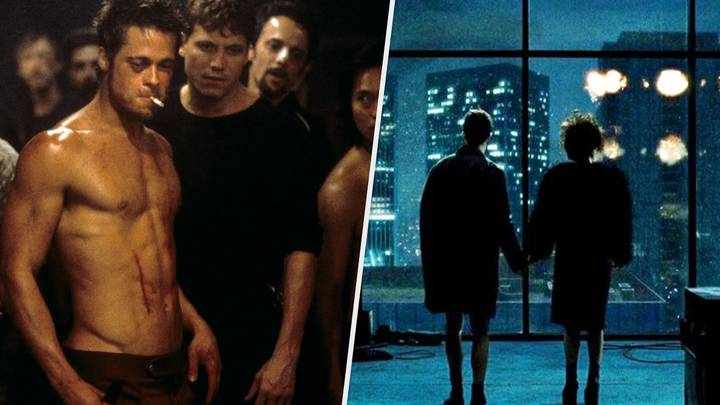 The 1999 cult-favorite Fight Club by David Fincher is finally being shown in China. However, fans were shocked to learn that the ending was greatly altered.

In the original movie (spoiler alert, I guess) Edward Norton’s character, the Narrator, defeats Tyler Durden (Brad Pitt), by shooting himself in his head. Okay?

The film ends with The Narrator witnessing a series skyscrapers explode, suggesting that Durden’s anarchist plot against capitalist society through the destruction of banks was at best a partial success.

Fight Club was released in China this weekend via Tencent Video streaming platform. It wasn’t long until the unexpected ending of the movie was all over the internet.

The Narrator beat Durden in this edit by shooting himself in his head. This is when the film fades into black. Instead of buildings exploding, the screen shows a message that says: “The police quickly figured out all the details and arrested all criminals. This successfully prevented the bomb from exploding.”

It claims that Durden, who The Narrator had envisioned, was sent to a “lunatic asylum” for psychiatric treatment. He was eventually released in 2012.

This huge change is understandable for movie lovers in China, who may have seen the original film back in the day from pirated copies.

” Fight Club” on Tencent Video reveals that they don’t just delete scenes but also add to the plot,” another addition on China’s social media platform Weibo.

Tencent has not yet commented on who made these changes, but it isn’t hard to imagine that Chinese authorities would like the end of a movie where anarchists defeat the state to be changed.