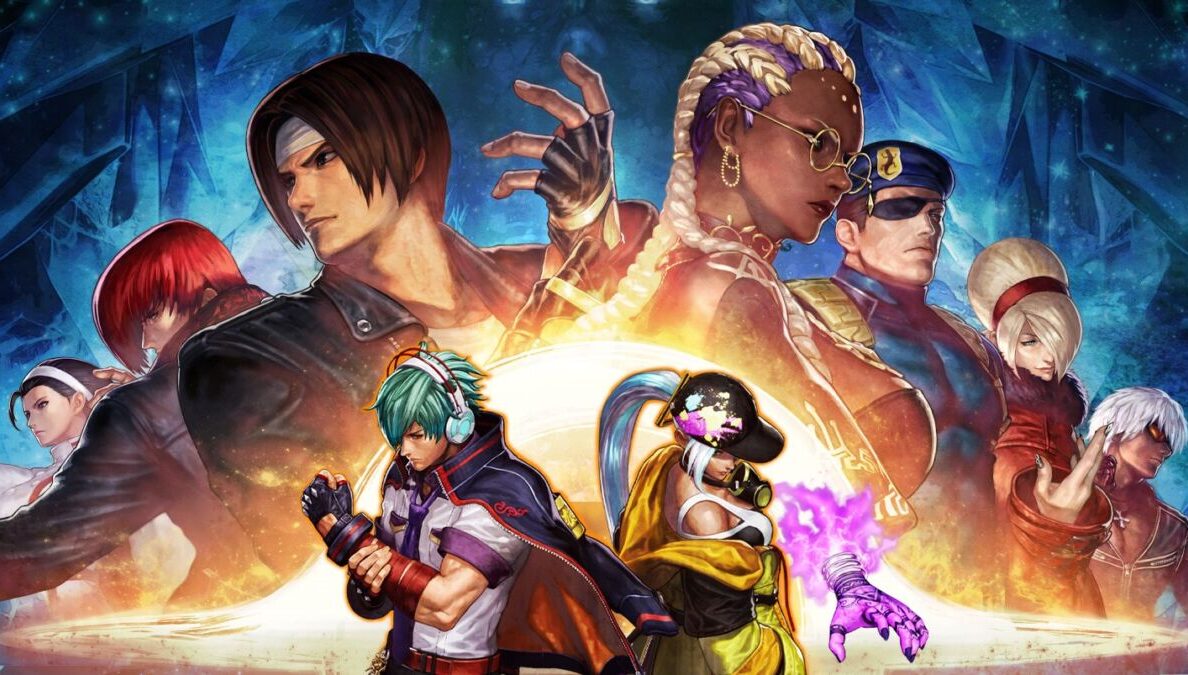 SNK fighting games cater to more dedicated fans of the genre. King of Fighters is the best example of this, and it’s no surprise. It’s not the most user-friendly fighting game due to the 3v3 team gameplay. Players must master multiple characters, meters, and complex inputs for special moves. However, diehard fans love it.

The King Of Fighters XIV was the last game to make changes towards easier gameplay. This included auto-Rush combos using mashing Square and the MAX Mode mechanic’s reintroductions that allow players to extend their combos. SNK characters have appeared in more fighting games than ever, increasing awareness for KOF. Now, The King Of Fighters XIV is available on more platforms. This could be the beginning of a new golden era for one of the longest-running fighting game franchises.

KOF XIV: XV is a direct sequel. This tournament sees both old and new characters gather for a recent match. However, apprehension reigns after the last game are disrupted by Verse, a nightmare dimension monster. Shun’ei and Isla are now involved in the tournament’s latest paranormal panic. The fate of the whole world is at stake. It’s not comparable to Netherrealm Story Modes. However, fans who have followed the franchise for a long time will be able to appreciate the affection shown in many cutscenes.

King Of Fighters’ modern characters is great when seated shoulder-to-shoulder alongside long-standing stalwarts such as Terry, Kyo, Iori and Mai. Shun’ei, Meitenkun and newcomers Isla and Dolores look great in the colourful and wacky KOF world. This is especially true when you consider that four of the five characters are key to KOF’s future.

KOF XV’s graphics speak volumes about the vibrancy of the game. Although still, images are wonderful, it is amazing to see the action in motion. KOF XV’s graphics may have been made more appealing by the subdued graphics in the previous game, but they are still amazing. This great fighting game showcases the Xbox Series X’s power. Bonus: The soundtrack is great, but you can also choose from older songs. There’s also a library that allows players to assign pieces to different stages. It’s a nice touch for long-time fans.

The gameplay is as fast as King of Fighters, and it’s just as frantic. The command list is simplified for players unfamiliar with SNK’s intricate details. The Climax Super-Special Moves require a quarter circle back, half-circle forward and heavy punch and kick. This is a marked improvement on the basic quarter circles and Shoryuken movements. If you aren’t familiar with the activities, it can take some time to get used to, but you will soon be with practice.

This universal move does not have a uniform input. However, players won’t experience a game like Dragon Ball FighterZ, where each player has their moveset and does different things. If you want to know more about a fighter, they can teach you many moves and intricacies.

There are 39 characters you can learn, so you’ll be able to find the right character for you. However, it can be not easy to find characters that you like. After struggling with Shun’ei, Yashiro, and other characters, I was able to find more success with the simplest roster possible: the former protagonist team of K’ and Kyo, Terry. Team Himbo rides strong-ish.

KOF XIV is one of the best fighting games available. Brilliant graphics and gameplay create a fighting experience that is confident in its own right, with many flairs. While the deep, enjoyable gameplay is familiar to long-time fans of the series, do doesn’t diminish the skill barrier necessary to execute the spiciest moves. However, there’s enough introduction for new players to get their feet wet in King of fighters gameplay to see if they like it.

KOF XV has some issues that need to be fixed. This mission mode is a command area that teaches players how to make bread and butter combinations with their characters. There are only five missions per characteristic difficult to find the right balance between telling the player everything and letting them discover it for themselves. However, a few extra missions per character would be helpful.