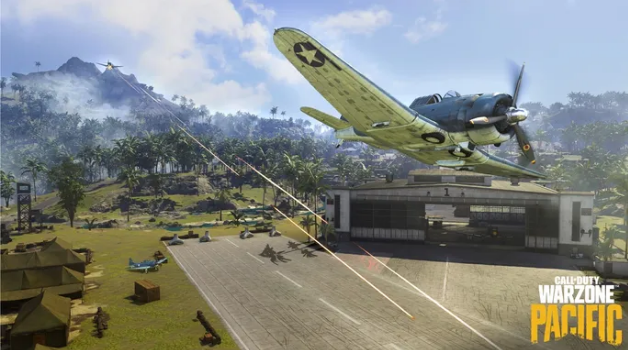 April Fools Day is a day when jokes and pranks are all over the gaming world. Raven Software, a developer, has gone a step further in Warzone, to the community’s delight.

Season 2 Reloaded is in full swing, and players continue to explore the Rebirth Island map as part of the Rebirth Reinforced Event. Many are also still dropping into Caldera, despite Verdansk’s map rotation calls.

“Totally Normal BR” playlists are not what they seem. The rules have been slightly modified to ensure that players do not take falling damage. Instead, they start matches with a Specialist Bonus which grants them access to every Perkin battle royale. A Pro Warzone player, UnRational, demonstrated the mode. He did this with an amazing clip that involved a rocket launcher and snipers.

Caldera has seen some amazing plays since the fall damage change. The April Fool’s playlists follow the latest playlist update, which took place on March 31.

These rules are similar to standard Warzone matches. There are no fall injuries, access to a Specialty Bonus at match start, and the ability to grab your loadout immediately after you’re done.

It is more likely that playlists will disappear, so make sure you get involved before they disappear!