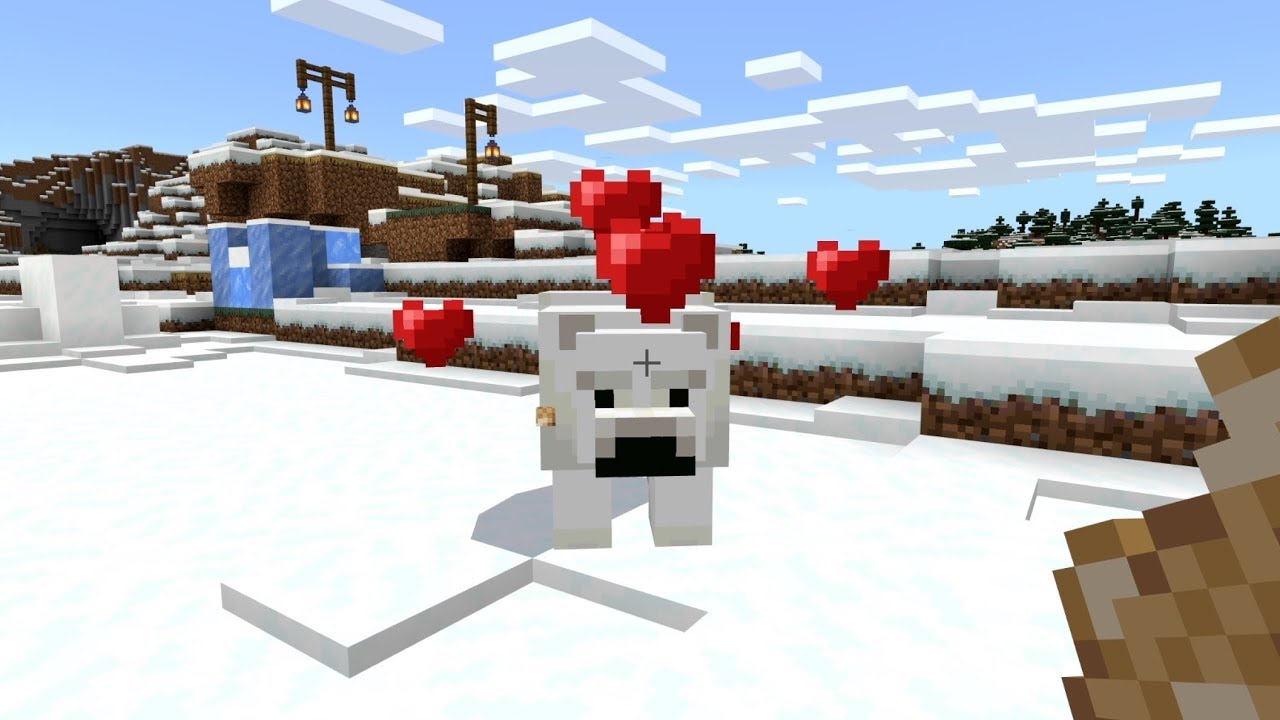 This article will lead you through the simple stages of taming a polar bear in Minecraft. Who wouldn’t want to have a polar bear as their pet in the world of Minecraft, where everything is possible? Having a polar bear as your pet is also doable. Polar bears are an intriguing species since their behavior varies based on the situation. They might be passive, aggressive, or neutral. This means you need to know a few things about them before engaging with them in Minecraft!

This guide’s information applies to all versions of Minecraft, including Java, Bedrock, Pocket Edition (PE), PS4, Nintendo Switch, Xbox, and Windows 10! Most things in the game itself crossover just fi; however, you will find that seeds are one of the areas that aren’t as easily interchangeable.

A polar bear cannot be tamed in Minecraft without a plugin! However, if you want a polar bear near your base or house, you may do so by utilizing a lead. Find a polar bear that isn’t carrying a cub, or it will attack you. Pull the polar bear back to where you want it using the lead. Once you’ve located it, you’ll want to hook the lead to a fence with the polar bear attached or establish a fenced-in area for the polar bear to dwell.

The problem today is that the polar bear will despawn if you exit the game or leave the region. To prevent this from happening, place a name tag on an anvil. You can name the tag after the polar bear. Give the polar bear a name by using the tag. You now have a semi-tamed polar bear that isn’t going anywhere!

A polar bear in Minecraft will not eat anything you try to feed them. While some guides may inform you that they eat raw fish, this is not the case. That only works if your game has a mod installed. You cannot feed polar bears in the standard edition of Minecraft. If you’re playing a mod featuring tamable polar bears, they’ll probably eat raw fish or salmon. Polar bears would benefit from eating any seafood.

To discover a polar bear in Minecraft, seek above the grass or ice in appropriate biomes. These biomes include snowy tundra, snowy mountains, ice spikes, and ordinary and deep frozen oceans. They will occasionally spawn in groups; if this occurs, the second polar bear will be a cub!
However, if you’re running Bedrock (other than Java), you’ll see that they also appear in frozen rivers and classic frozen ocean biomes! When you encounter a polar bear with a cub, be cautious since they will be hostile to you immediately away. A polar bear will not attack if approached without a cub. If you accidentally strike them or hit them with something, they will begin attacking you, so stay alert at all times.

Polar bears are pretty swift in the water, which is one of the things to know about them. If you are attacked, do not attempt to escape by swimming. They are faster than you, and you will not be able to escape! Polar bears dislike foxes and will attack them if they spend too much time around them. Polar bears are an excellent supply of raw cod and salmon for farmers. If you don’t enjoy fishing or swimming after them in the sea, you may always go up against a polar bear instead. If a cub is slain, no items or experiences are dropped. They are simply too cute to pick on, so don’t pick on those cubs because daddy or mum will come after you very fast, and you will not be rewarded. That’s all there is to it when it comes to taming polar bears in Minecraft! We have much more information on the game in our Minecraft area, so check it out.