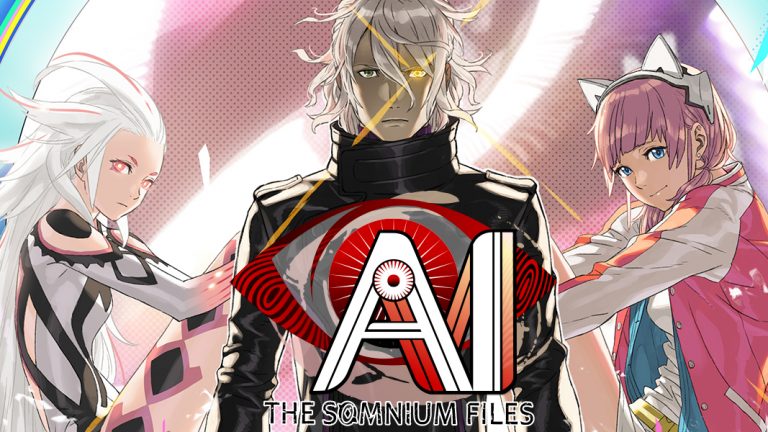 Kotaro Uchikoshi is well-known among the novel community for his involvement with the Zero Escape collection. His work is usually known to offer a story that is full of spins if they wind up feeling conventional. His latest endeavor is AI: The Somnium Files, that has managed to fly under the radar for most consumers to rivaling Zero Escape in caliber.

AI: The Somnium Files is a book set later on. It is a detective story and a murder mystery in which you play the role of a character called. He carries some abilities that help him resolve crimes and carry out investigations, although Since the lead protagonist, Kaname Date has an interesting character history which will be shown across the course of the main story.

Kaname Date might look like a normal detective at first but he is quite special. His left eye was damaged and it was replaced with an artificial eye which is also an AI called Aiba. Kaname Date carries a mind link with Aiba which allows the AI to search his thoughts and help him during an investigation. Aiba has various useful abilities like zooming into objects, detecting heat or using X-ray vision.

One day, he is summoned to a crime scene where he discovers the body of someone that he recognizes from his past. The victim has her left eye completely gouged out while the culprit is nowhere to be found. This is the first case of the game that starts this murder investigation that simply doesn’t stop with one victim but leads to multiple kills. As the investigation ramps up, Date meets with many interesting new characters which all play a key point in solving the crime scene. He also gets help from Aiba, the AI that also works as his left eye.

Fans of Kotaro Uchikoshi’s previous work will immediately recognize the branching story paths that are broken down in a flowchart pattern in AI: The Somnium Files. It helps the player decide on a story direction that fits well with their needs, and it is quite easy to go back and attempt any of the story paths again this way. The issue though is that sometimes you have to repeat the story including the Sominum section of the gameplay, which can prove to be a bit cumbersome as explained later.

The gameplay is broken down in different segments. First is a first-person segment which works as a visual novel. Those who have played Zero Escape or Danganronpa will find it similar to these games. In this section, you move a cursor with limited camera freedom in the first-person view and examine objects for clues, or use the abilities of Aiba to uncover new evidence. You can also talk to NPCs to gain clues and once you can uncover everything, the game can finally advance to the next scene.

The most important segment and the one that deals with puzzles is called Somnium. It involves Date using Aiba to enter the memories of possible suspects or important characters. This is a cool premise but the execution is rather horrible. You have a limited amount of time during this segment to explore around and discover clues. If you end up failing, you will have to restart it and do everything from the beginning. This works like a third-person adventure game where you roam around as Aiba. You can check various objects for clues and use a limited amount of options on these objects to unlock mental blocks and head deeper into the character’s subconscious.

While this is an interesting way to present puzzles, there is just a six-minute time limit which forces the hand of players to act fast, and any mistakes can lead to a different story outcome. Normally, it would have been ideal to explore the subconscious with complete control and in a relaxing manner because honestly most of them look great and are full of interesting attention to detail, but the ticking time bomb makes it harder to appreciate and give them a closer look.

I won’t be lying when I say that I was completely taken back by how interesting the story is in AI: The Somnium Files. It starts simply with a murder mystery but there are so many great twists in the story that you won’t be able to stop playing the game. The ability to use the flowchart to get a different branching path means you can also attempt to find the multiple endings. It thus offers a solid amount of replay value as well.

Now the puzzles might feel a little forced and are easily the weakest link for the visual novel, but the overall scope of the story is quite interesting and the pacing is solid. AI: The Somnium Files doesn’t waste much of your time in getting into action. No detective game would be complete without interrogations and they are offered here as well, but their place is limited. You can also find out some quick-time events that are used for action scenes but generally the focus during most of the game is to u